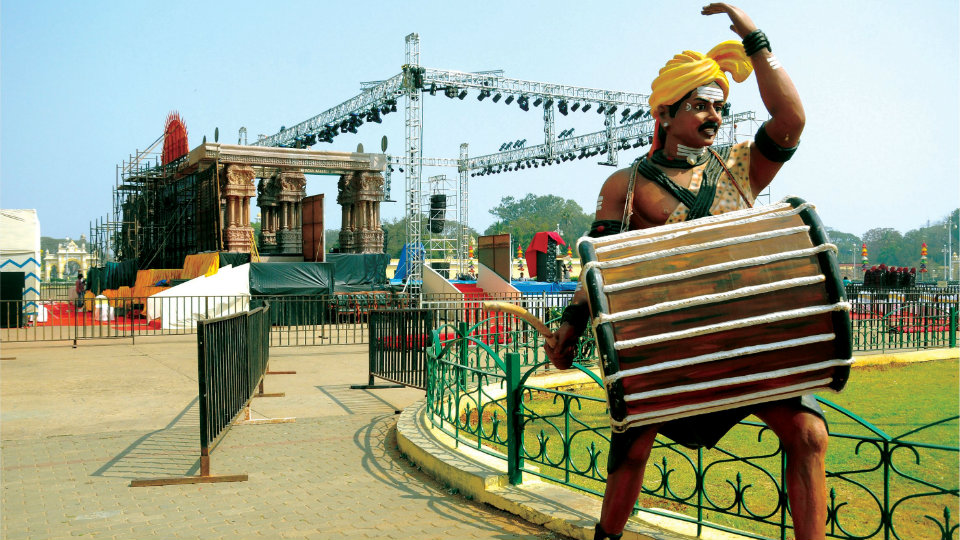 Governor Vajubhai R. Vala will present the awards for award-winning movies during the valedictory of the 9th Bengaluru International Film Festival (BIFFes) at the Mysore Palace premises this evening at 6.30 pm.

The valedictory event will also feature dance ballet from Nirupama Rajendra and troupe based on theme ‘Silver to Silicon’. Later, film artistes will present an entertainment programme titled ‘Sambrahma’.

A total of 240 films including 40 Kannada movies were screened in 18 categories during the 9th BIFFes in Bengaluru and Mysuru. Among them, 10 awards will be presented this evening under four categories.

In the Indian cinema category, two Best Jury Award, one Critic Award and one award in Asia category will be presented.

The Information Department has erected a magnificent stage measuring 72×64 ft in width and 4ft in height. The stage design resembles the famous Musical Pillars of Vittala Temple in Hampi and 8,000 spectators are expected to be present.

Entry for the VVIPs, guests, judges, artistes and media persons has been provided from Kari Kallu Thotti gate. For those having invitee passes, entry will be provided through Varaha Gate instead of Jayamarthanda Gate. Ahead of this evening’s function, workers were seen giving final touches to the arrangements. Police bomb squad and dog squad conducted checks at various locations with the help of Hand-Held Metal Detectors (HHMD) and Raksha, the sniffer dog.  Later, the Police will install Door-Framed Metal Dectors (DFMD) at various entry points.

Sound and light show to resume

The Sound and Light Show organised by Mysore Palace Board which has been temporarily stopped from Feb. 6 to Feb.10 for the preparations for BIFFes valedictory will resume from Feb. 11 (Saturday).