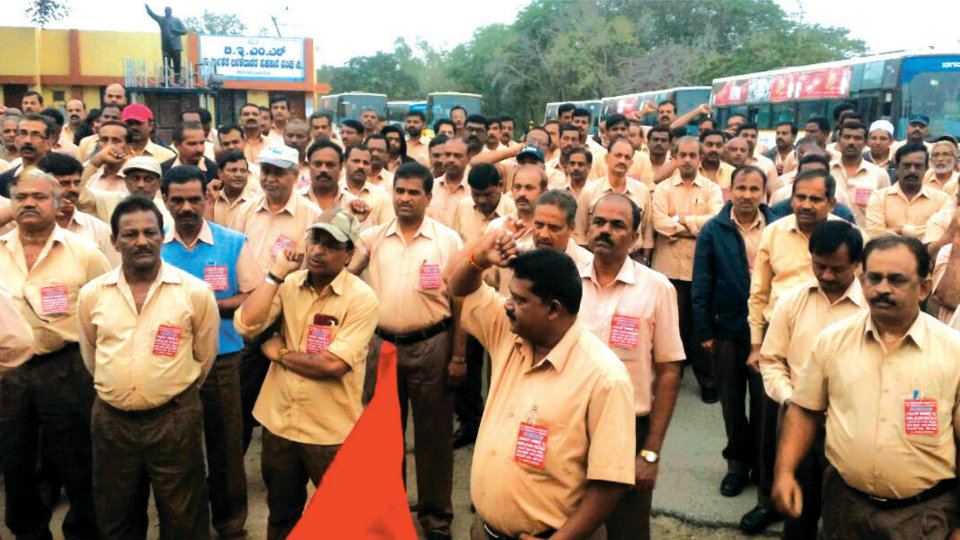 The Executive Committee Members of Bharat Earth Movers Limited (BEML) Employees Association commenced a serial dharna from this morning in front of BEML factory gate in Koorgalli here to protest the Union Government’s move to sell its 26 percent stake in BEML.

The Government recently approved the disinvestment move to reduce its shareholding from 54 percent to 28 percent. The dharna commenced early in the morning with 10 Executive Committee Members protesting wearing badges with a message ‘BEML not for sale.’ The employees inside the factory were also seen wearing the badges with the message.

The relay dharnas will go on till late evening with two batches of 10 members each protesting in turns.  The employees contended that the disinvestment move was a step towards privatisation of the Public Sector Unit which could prove a detrimental factor for employees and their job security.  The serial dharna will go on till Feb. 11. Today’s dharna was led by Govinda Reddy, Vice-President of the BEML Employees Association.