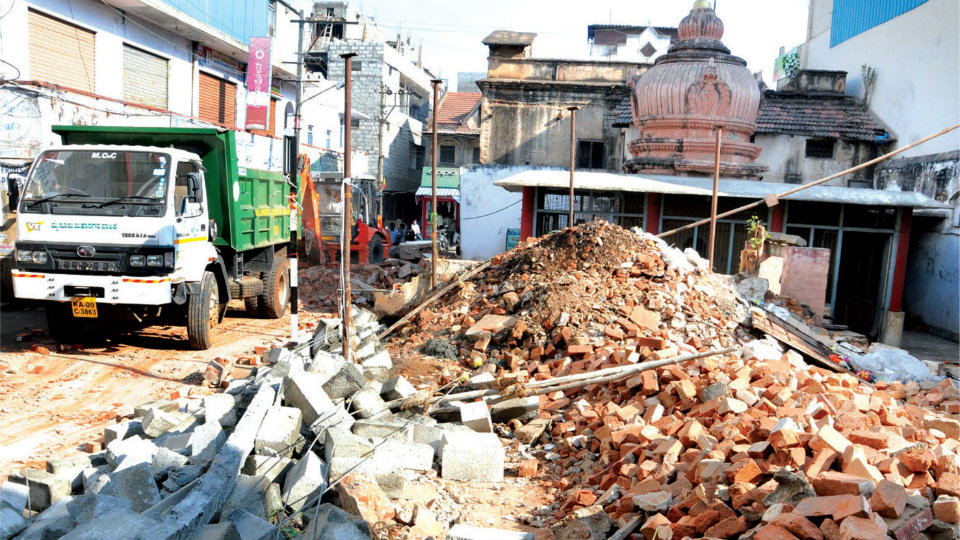 The Mysuru City Corporation (MCC) officials and staff, along with Corporator Prashanth Gowda, yesterday morning, demolished a compound which had come up illegally on Shivarampet Road in city.

It is reported that one Bodaram and Babula, both businessmen, had allegedly encroached an empty space adjacent to Tripura Bhyrava Temple and had constructed a 10 ft. tall compound around it and was using it as a godown.