Around 3,000 activists take part from Mysuru

Mysuru/ Bengaluru: More than 3,000 activists, including leaders, went on bike rally to Bengaluru to attend the flagging off of 75-day BJP State Parivartana Yatra which was flagged off by Party National President Amit Shah in Bengaluru this morning.

The activists, belonging to Krishnaraja, Chamaraja and Narasimharaja Assembly Constituencies, left for Bengaluru from three different places on their respective motorcycles at around 6.30 am to take part in the event. The party had ordered only those activists within the age of 40 years to participate in the bike rally and others to use the cars and public transport to reach the venue. 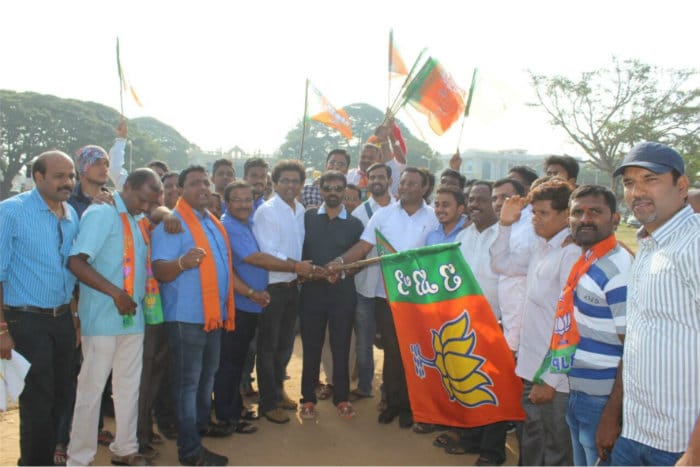 The saffron party kick started its campaign for the ensuing Assembly Polls through the rally during which BJP State President and former Chief Minister B.S. Yeddyurappa will tour all 224 Assembly constituencies with an aim to gain maximum support from the people.

This apart, the State BJP leaders have also requested party’s top leaders like Nirmala Seetaraman, Smriti Irani, Rajvardhan Rathore and others to participate in the rallies to be held at various parts of the State.