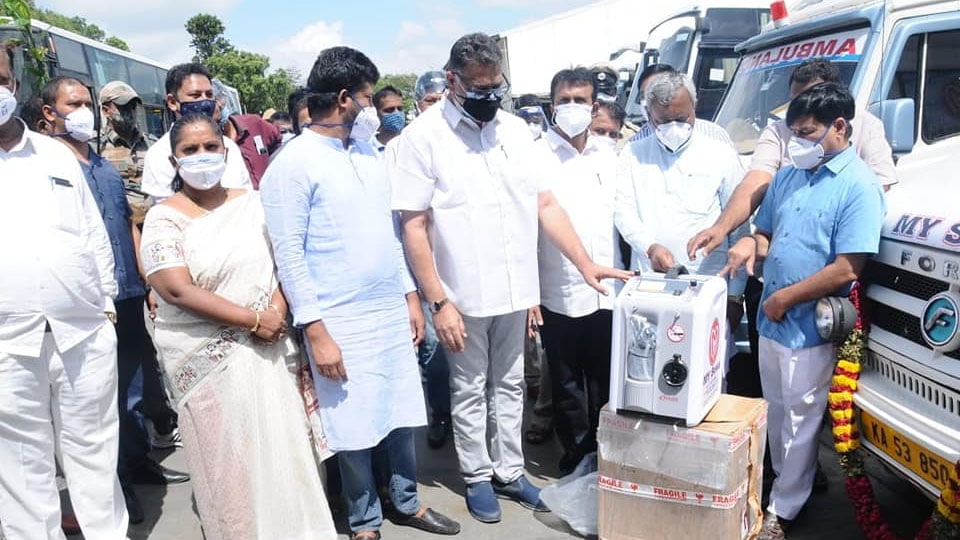 Mysore/Mysuru: Pitching in to help the needy in these critical times, State BJP Vice-President B.Y. Vijayendra, who is also the son of Chief Minister B.S. Yediyurappa, has donated two ambulances and 15 Oxygen Concentrators to the people of the city and district.

Announcing this during a briefing of press persons here yesterday, ZAK Chairman L.R. Mahadevaswamy, said that Vijayendra has donated the Ambulances and Oxygen Concentrators through ‘My Seva’ organisation.

He also pointed out that Vijayendra has donated 18 other Ambulances in 16 districts of the State through ‘My Seva.’