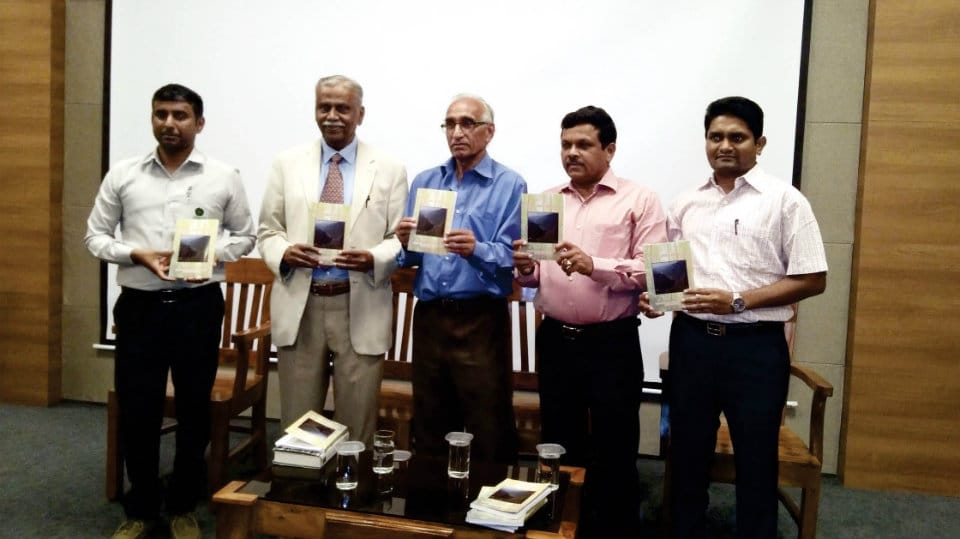 Mysuru: He the jungles of Tamil Nadu and Karnataka for years before he was shot and killed by the Tamil Nadu Special Task Force in October 2004.

Elephant poacher and forest brigand Veerappan, with his characteristic bushy whiskers, killed several forest officers and kidnapped Kannada movie icon, Dr. Rajkumar before his free run in the jungles came to an end.

But the men, who hunted for him at great risk to their own lives in Karnataka, remain uncrowned heroes with the State government throwing away a list of 250 officers and men prepared by the Forest Department for suitable compensation, said former Principal Chief Conservator of Forests (PCCF), Karnataka, Brij Kishore Singh. “The eligible have been denied compensation and there has been gross discrimination,” he said.

The retired PCCF was speaking at an event held at the Sri Chamarajendra Zoological Gardens (Mysuru Zoo) yesterday to mark the release of his book “Destroy Forests, Destroy Life.”

“While the Police Department personnel who participated in Anti-Veerappan Operations have been rewarded with house sites and cash prizes, only a few Forest personnel, who also relentlessly fought the brigand, got compensation while many other officers and staff have been denied their right,” he said.

Speaking of the government’s scant regard for the forest staff involved in tracking the dreaded bandit, in his book Singh says the list of recommendations was tossed between the Finance  and Forest Secretariats and despite his request to the then Forest Minister B. Ramanath Rai to clear the file it was never done.

“After their counterparts in Tamil Nadu were rewarded and compensated, the Karnataka Forest Department prepared a list of 250 men and officers from the Department who should be compensated for their bravery.”

“In fact when G.V. Sugur was PCCF, the file was returned. The proposal was reworked and the list was brought down to only six. Some from the list of 250 had tried to take legal recourse and challenged the order of the government, but they have not succeeded,” Singh stated.

The book has not only brought out the gory details of the brutalities Veerappan unleashed upon Indian Forest Service (IFS) officers and senior cops during the late 1980s and 1990s, but pays respect to 250 men from Forest Department who had a role in the anti-brigand operation.

The book also points out that one of the Cabinet Ministers during his visit at Haveri district in May 2017 asked people to cut down plantations in the forest area, occupy the land and claim titles. “This attitude towards the Forests must go in the larger interests of conservation,” Singh said.

Retired Secretary of Forest Department A.C. Lakshmana said that the book was very informative and covers many interesting aspects of the killing of Veerappan. He opined that forest conservation must be given high priority and warned that the civilisation faces a threat of extinction. “If forests are destroyed, a day may come when we have to drown ourselves in Arabian Sea,” he warned.