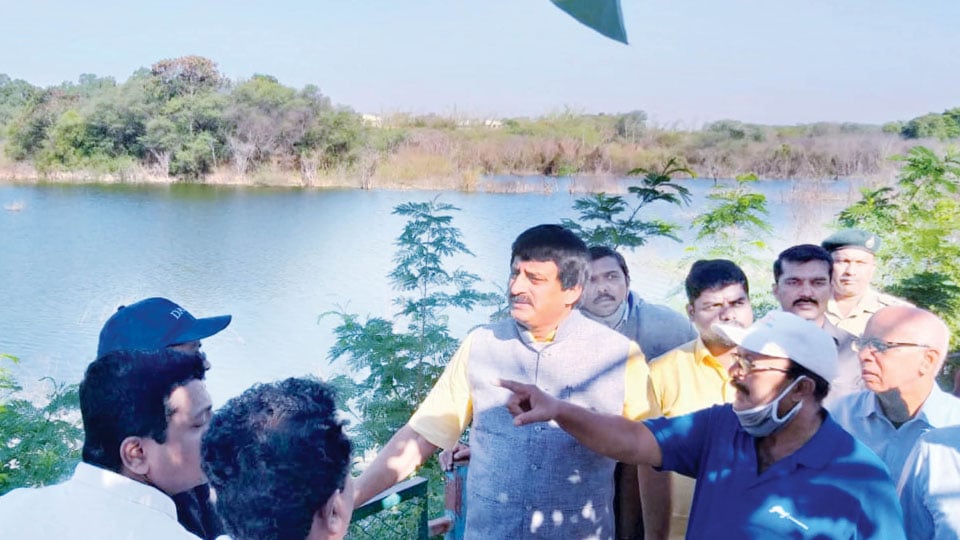 State tourism may be hit if Corona crisis continues: Minister

“Last year, Karnataka faced the impact of Corona. The pandemic has continued this year too. Till the threat of virus reduces, tourists from other States may not take the risk to come here,” the Minister told media persons, after inspecting Lingambudhi Lake in city this morning. He went around the picturesque Lingambudhi Tank and interacted with walkers who wanted the tank to be developed on the lines of Hebbal Lake. Citizens also complained about the release of sewage water from nearby layouts which was posing threat to it.

Yogeeshwar instructed officers of Karnataka State Pollution Control Board (KSPCB) to immediately take up the work of Sewage Treatment Plant (STP) to prevent pollution of Lake. Though there was scope for further improvement of the Lake, it was not possible as it belongs to Forest Department. However, Tourism Department will think of introducing water sports to make it as a tourist spot, he added.

Deputy Conservator of Forests (DCF) Dr. K.C.  Prashanth Kumar informed the Minister that he has written to Deputy Director, Department of Public Instructions, to issue directions to all school authorities to bring the students at least once in a week to take classes amid nature on the lines of ‘Gurukula.’

Yogeeshwar promised to get funds released from his Department in case of dearth of money to take up such new initiatives. The Minister promised to make another visit once the STP was set up to protect the Lake.

READ ALSO  Each district’s USP will be branded to boost tourism: Minister