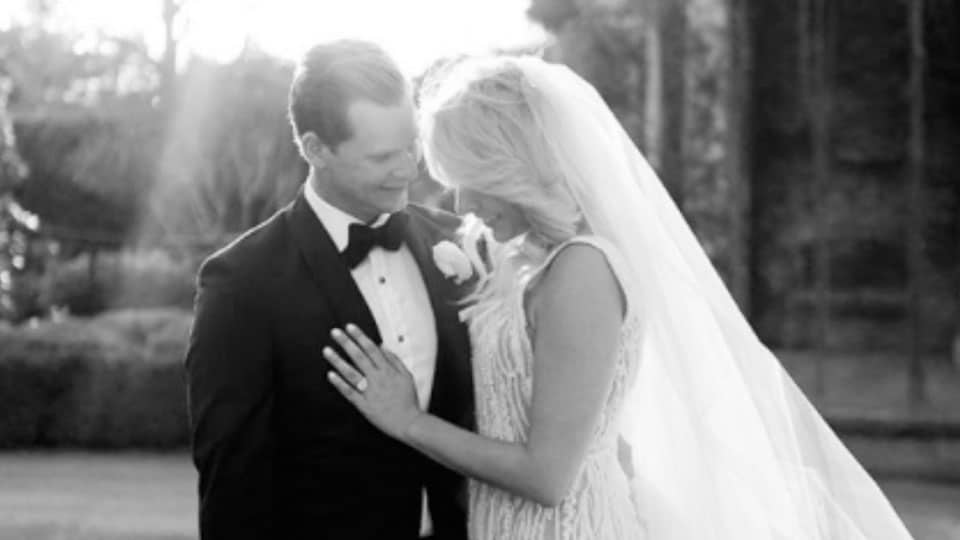 Sydney: Former Australia skipper Steve Smith tied the knot with his long-time girlfriend Dani Willis in Sydney on Saturday. Smith took to Instagram to express his happiness and posted a stunning picture to let the world know. “Today I got to Marry my best friend. What an absolutely incredible day. @dani_willis looked unbelievably beautiful,” Smith wrote on Twitter. The couple met at a Sydney bar during the inaugural season of the Big Bash League.

The 29-year-old cricketer then proposed to Willis, who has studied law and commerce at Macquarie University, atop the Rockefeller Centre in New York in 2017.

In March this year, Smith, his deputy David Warner and Cameron Bancroft were involved in a ball-tampering scandal that sent the shock waves across the cricketing world.

Following that incident, rumours swirled that Smith’s wedding to Willis has been called off.

However, despite all the hardships in the last six months, the couple stood together finally entering the wedlock in a low-key ceremony.

On the work front, Smith is keeping busy with T20 tournaments around the globe while he serves his 12-month suspension.