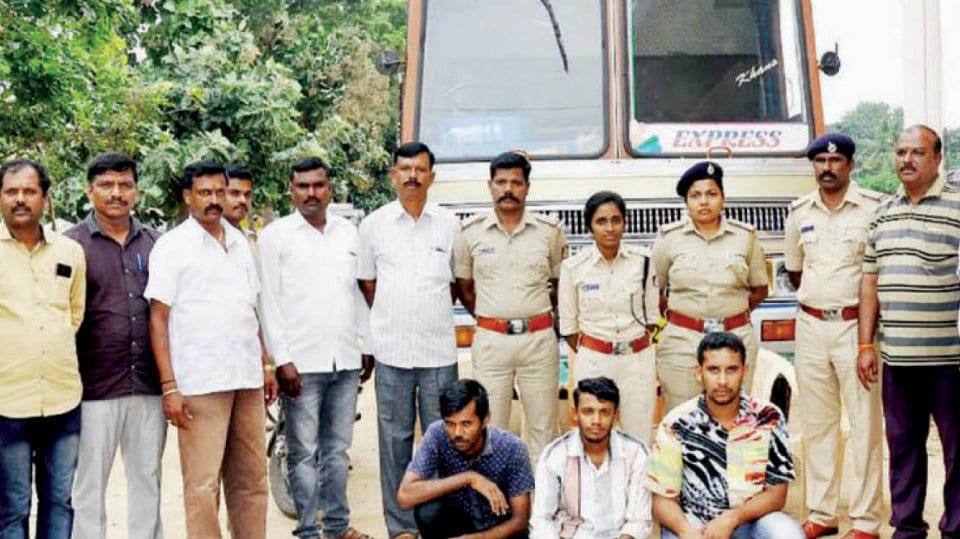 Nanjangud: Nanjangud Police have traced a lorry which was stolen near Bannari Amman Sugar factory coming under Alaganji village in the taluk last month and have arrested three persons in this connection.

Addressing a press meet at the Police Station here, Circle Inspector Gopalakrishna said that last month the lorry belonging to Shabeer Khan of Neelakanta Nagar in Nanjangud was parked at Bannari Amman Sugar factory in Alaganji village limits by driver Mahesh who had gone inside the factory to collect a bill. When he came out, he found the lorry worth about Rs. 6 lakh stolen and had lodged a complaint at Biligere Police Station.

He said that the Police, who registered the complaint, took up investigation, traced the lorry yesterday (Oct. 17) and arrested three persons in this connection.

The arrested have been identified as Dada Peer and Mohsin Khan of Shanthinagar in Mysuru and Manju of Moodahalli village in Nanjangud taluk, he said and added that the three had served jail term for stealing  a tractor earlier.