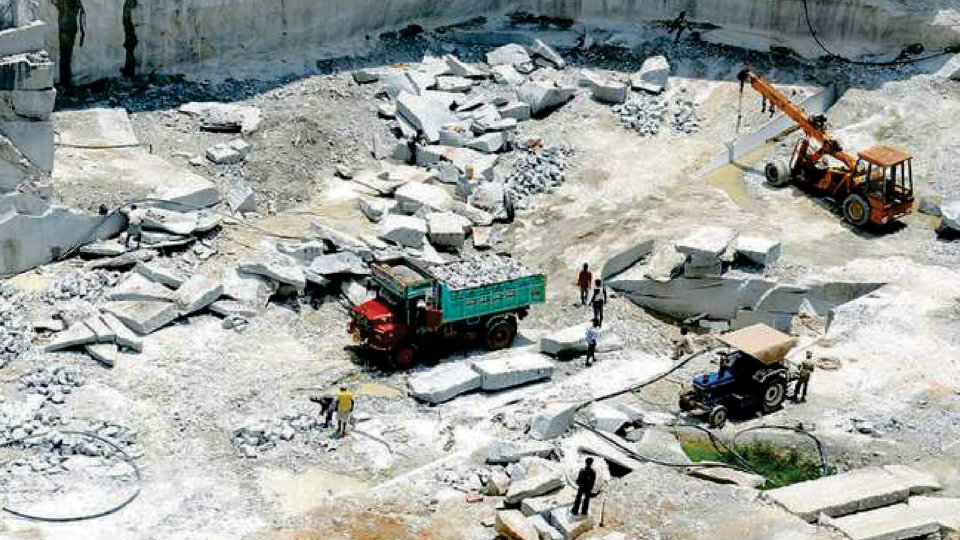 Bengaluru: Minister for Mines and  Geology Murugesh Nirani said that conditional permission will be given for closed  Stone Mining and crusher  units to resume operations.

Speaking to presspersons here yesterday, Nirani said that it is mandatory for stone mining units to get license from Director-General of Mines and Safety (DGMS) within 90 days to resume operations. Pointing out that only 10 percent of mining units in Karnataka have DGMS License, while the rest do not have one, he said that the number of unlicensed mining units in the State exceeds 2,500.

Noting that all mining units  which did not have DGMS License were closed down following gelatin sticks blasts that took place in Shivamogga and Chikkaballapur districts recently in which over a dozen people lost their lives, Nirani said that the State Government has suffered a revenue loss of Rs. 300  crores since then.

Stating that certain norms for mining and crusher units have been amended and accordingly, the units cannot buy gelatin sticks and other explosives without obtaining license from DGMS, Murugesh Nirani said that at present, mining units have permission to use 2 kg explosives, for which no DGMS approval is required.

He further said that the Department has received many representations seeking exemption of DGMS License for carrying out mining in lands of less than 5 acre area.

Asserting that the Government will  soon come up with a new mining policy which will be an emulative one for the entire country, Nirani said that the Government is committed for providing sand at a cheap price to people who build homes costing less than Rs.10 lakh and at an affordable price to others.

Nirani said that the Government has planned to hold Mines Adalat on different dates between Apr. 17 and June 21 at three Revenue Divisions of the State. The first Adalat will take place in Bengaluru on Apr. 17, followed by the one at Belagavi on Apr. 30 and at Mangaluru on June 21. These Adalats will help mine owners and operators to get their issues addressed locally, he added.

He also said that the staff of Mines and Geology Department would get uniforms similar to the ones used in Police, Excise and Forest Departments. However, the uniforms will be slightly different depending upon the rank of officers and it will be mandatory for all Department staff to wear uniforms, he added.