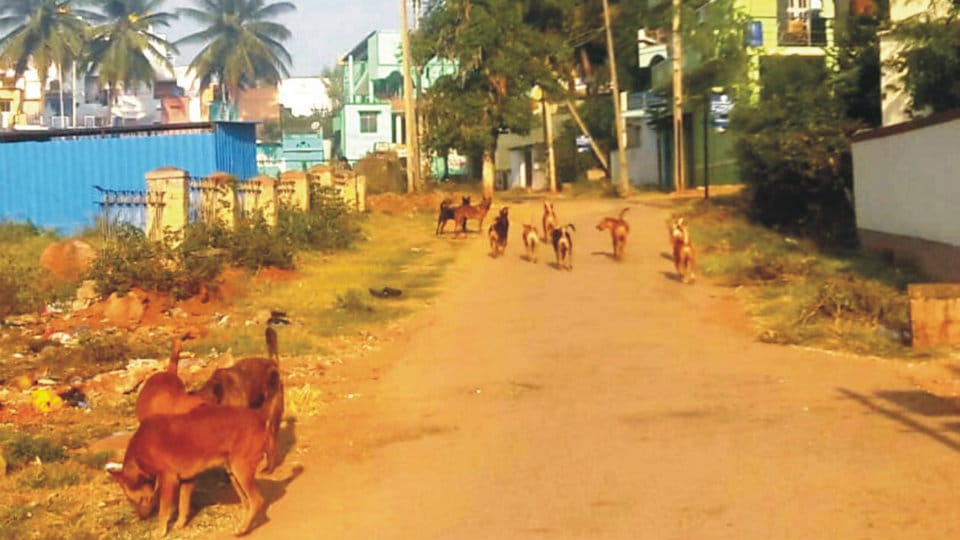 The street dogs in our city are causing havoc since long, but have gradually increased their number along the years. Bike riders fear travelling at night in the streets, for the street dogs always seem to be waiting to chase at least one bike every ten minutes, and it goes on till dawn.

Since the humans are less in number during the night on the streets, these dogs have an upper hand while attacking people during these times, and they really seem to be taking it as a sport.

Let me also note that we are not just focusing on the issue of getting bitten by the dogs, but also on the accidents which occur due to nervous riders losing control of their vehicles when they are being attacked.

As a solution to this problem, the local administrative authorities should ensure that street dogs get their own shelters, so that they don’t begin to consider streets as their dwelling place, due to which this problem has originated in the first place.

Voice of The Reader
Trin-Trin too suspended
Aloof, but not lonely