Home » Editorial » Aloof, but not lonely 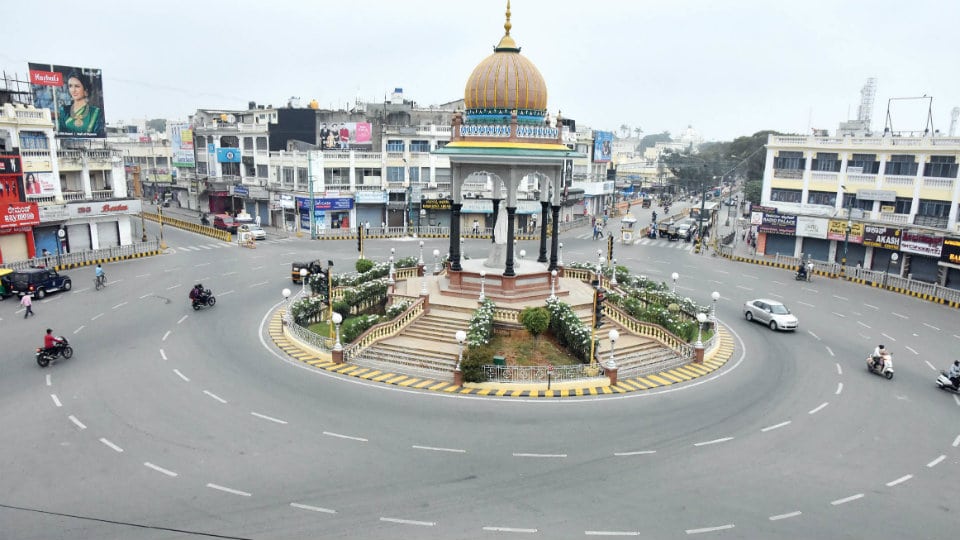 Aloof, but not lonely

The days of mobs jostling in the streets merrily staging noisy road shows in the cause of multitude of causes have tended to come to an abrupt end across the country, including Mysuru, touted as a city of residents marked by laid-back outlook in daily life. Groups in some regions of the country, surcharged with anger stirred by their netas making provocative speeches, continuing with their daily pastime are only helping the ravaging virus to spread widely and infect people in unprecedented numbers, particularly in our country. Utter lack of civic sense and a sense of discipline among the land’s masses, the two most important factors necessary in times of emergency such as the current situation, have overwhelmed the Government machinery, exposing the extent to which Indians as a stereotype are under-prepared for the daunting task of safeguarding the land’s masses from the marauding vector, particularly two-thirds of the country’s population residing in villages, not to forget the large sections of urbanites steeped in ignorance and poverty.

Shutting down places that host people in numbers amounting to crowding, particularly the locations called tourist destinations and shrines witnessing congregation of devotees in celebration mode and subsequent lockdown of entire areas of cities with dense population are measures that take determination and sense of detachment to comply with. Next is the measure of quarantine, a term familiar to only an infinitesimal fraction of the land’s population.

We are gregarious by nature and disfavour solitude. Crowding, the commonly happening feature in all public places, such as bus stands, Railway Stations, shopping complexes, places of worship, Government Offices, schools at the time of admissions, roadside eateries and even funerals is an unavoidable consequence bugging country’s large population marked by density five times that of world average, making prevention of epidemics a near-impossible exercise. The nation’s Prime Minister himself has fervently appealed to the land’s diaspora during his 30-minute address on Thursday to pro-actively join the functionaries in the Government to battle the ravaging virus with courage and fortitude, emphasising the practice of self-quarantine voluntarily with the expression ‘Janata Curfew’.

While the advisory of avoiding proximity to others less than three feet both within the four walls of dwellings and in the open is hard to comply with by majority of households across the country, particularly in villages, the other common features of spitting, blowing nose, coughing face to face, shaking hands and so on have to be given up apart from staying aloof over-coming the feeling of loneliness. The literati in the land have a Godsend opportunity for indulging in writing their memoirs and create good literature.