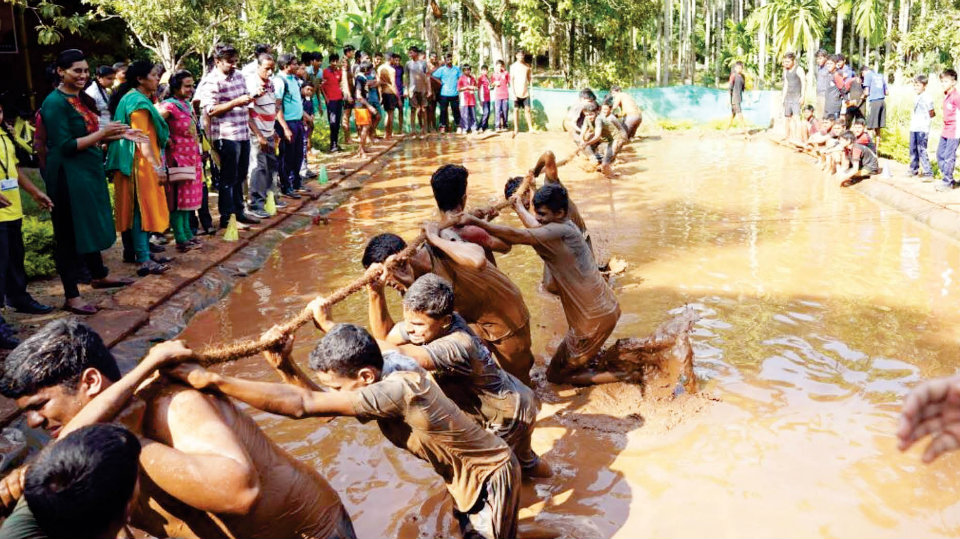 Physical Education Director of University of Mysore T.S. Ravi was the chief guest of the event. Students from various schools participated enthusiastically.