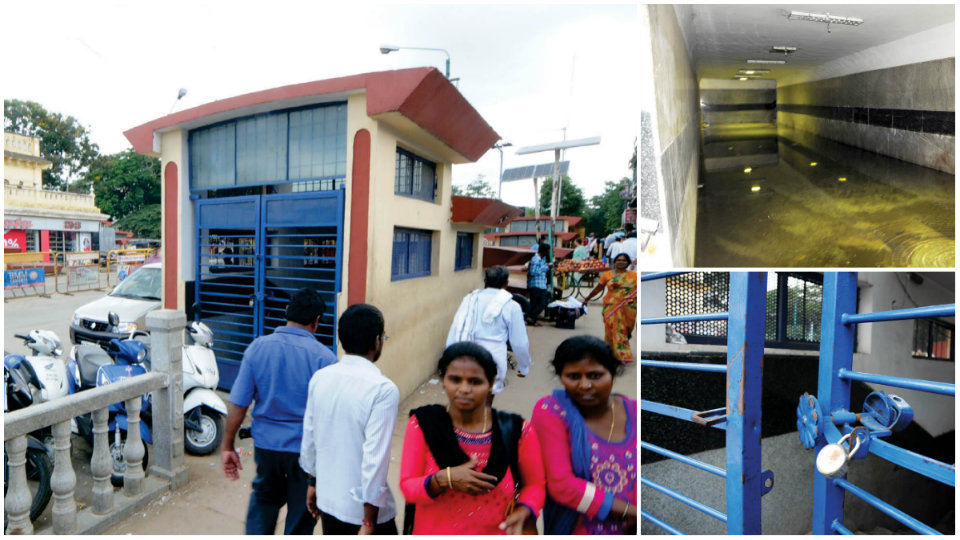 Mysuru:  The ugly, unimaginative and rarely used subway built on Sayyaji Rao Road is lying in a dangerous condition.

The subway built at the junction of Dhanvantri Road and Sayyaji Road near Bata Showroom is not used at all as the gates have been locked since several months.

Hence, the pedestrians are forced to cross the road through small openings between the barricades and the heavy traffic putting their lives and limbs at risk.

The subway built with the tax payer’s money, which the citizens and even the shopkeepers of the area feel is so badly designed that it is not serving the purpose it was meant for. Added to that is the way the barricades on the most prestigious road of the city is placed which makes it a real eyesore. This shows the callousness of the Mysuru City Corporation (MCC) officials and the elected representatives. 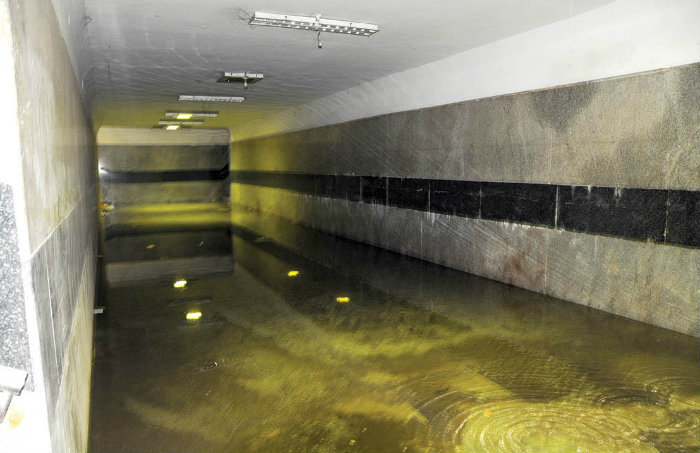 The Subway filled with rain water

The recce done of the subway by this reporter shows the subway filled with sewage water. The garbage submerged in the water has resulted in the whole place stinking. The rainwater filled in the storm water drain near Dhanvantri Road is somehow finding its way and trickling from the top into the subway.

The fear is that the subway might collapse anytime and the MCC officials have turned a blind eye to the disaster waiting to happen. Even though the pedestrians are scared to use the subway, one side of the gate’s  lock is broken and is being used for illegal activities. 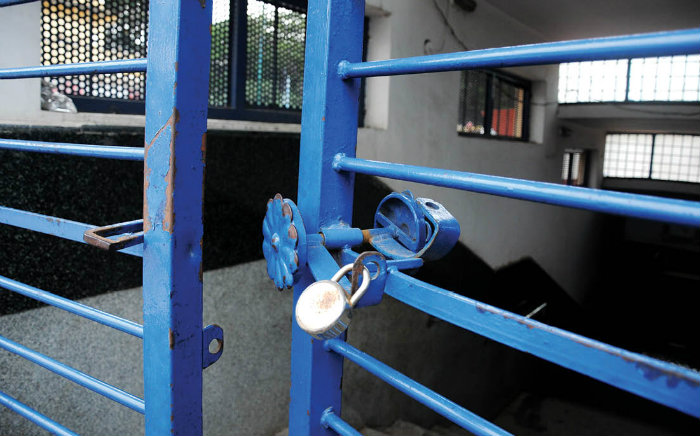 The locked gate in front of Bata Showroom opened by miscreants.

In spite of bringing these problems to the notice of the MCC officials many times through media and complaints to them personally, it has had no affect on them and they continue to neglect it. Urgent steps is needed to see that the unscientifically built subway does not collapse.

The public have urged Mayor B. Bhagyavathi and MCC Commissioner K.H. Jagadeesha to immediately visit the spot and order for repair works.