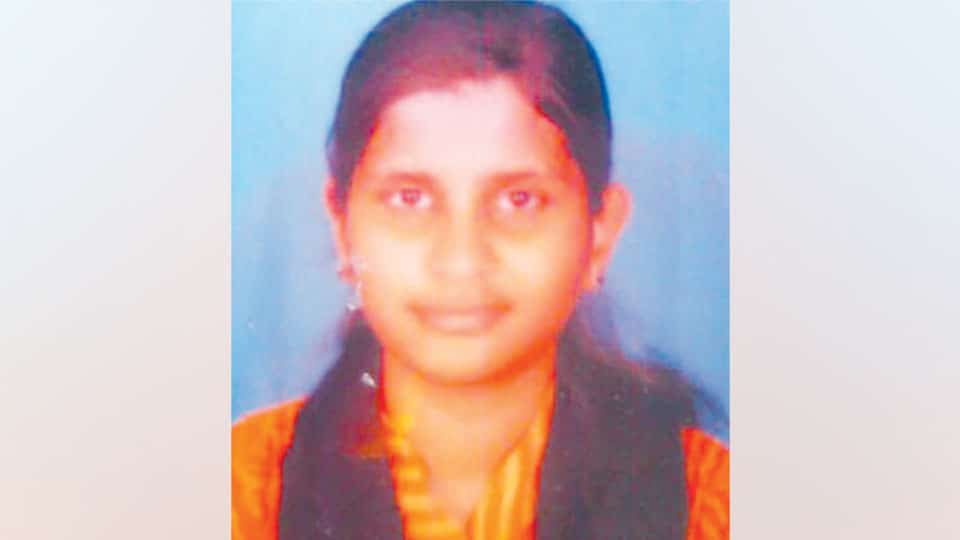 Chamarajanagar: A newly-married woman and a final year engineering student, who attempted suicide by dousing herself with petrol and setting herself on fire at the KSRTC Depot premises here on May 18, succumbed to burn injuries at K.R. Hospital in Mysuru yesterday.

The victim, identified as Rakshitha (21), daughter of Ramegowda and residing in Gangothri Layout in Mysuru, was pursuing her final year engineering course at Government Engineering College in Chamarajanagar.

Rakshitha had married one Srinivas, a driver-cum-conductor attached to Chamarajanagar KSRTC Bus Depot though there was opposition from her family and from Srinivas’ family.

On the ill-fated day, Rakshitha, along with her father went to the bus depot to speak to Srinivas, but Srinivas is said to have verbally abused Ramegowda, which was heard by Rakshitha.

She then went near the toilet in the depot premises, doused herself with petrol, which she had kept in a bottle and placed in her bag and set herself on fire, resulting in 75% burn injuries.

She was immediately rushed to K.R. Hospital in Mysuru and was admitted in the Burns Ward, where she succumbed to burn injuries yesterday.

Chamarajanagar Police, who have already arrested Srinivas, have handed him over to judicial custody.