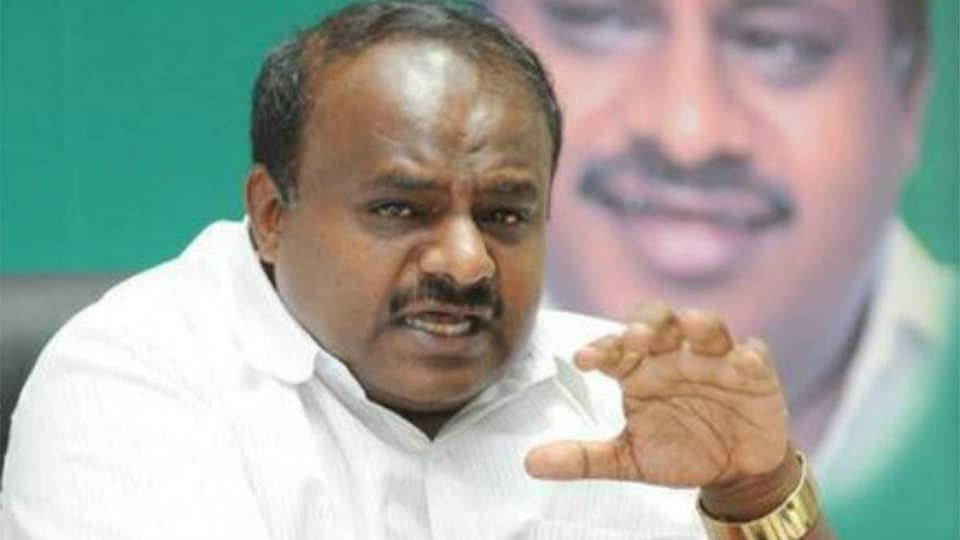 Bengaluru: While JD(S) patriarch H.D. Deve Gowda is squirming with embarrassment when the rift in his family tumbled out in the open when his grandson, Prajwal Revanna, made a startling revelation about ‘suitcase culture’ in the party, his son and JD(S) State President H.D. Kumaraswamy (HDK) is learnt to have told Deve Gowda that he cannot lead the party if such statements by family members are not controlled.

Upset with his nephew Prajwal’s remarks, HDK has reportedly conveyed his wish to stay away from the party leadership. He is learnt to have told Deve Gowda that the remarks have hurt him and party workers will get demoralised with such remarks. Moreover, Opposition parties will make use of the remarks to attack the JD(S) in the coming days.

He said he was ready to step down as the State party President if necessary and asked Deve Gowda to rein in Prajwal. Prajwal had also said that people who come with suitcases get front row seats in the JD(S), while those loyal to the party are assigned back seats, embarrassing the party leaders.

“Prajwal’s statements are directed against me and his words have been misused by rebel party leaders who have been suspended. In this situation, it is difficult for me to prepare for the 2018 Assembly polls and I would not like to hold the party leadership and I will join whoever takes over the control of the party,” he reportedly told Deve Gowda.