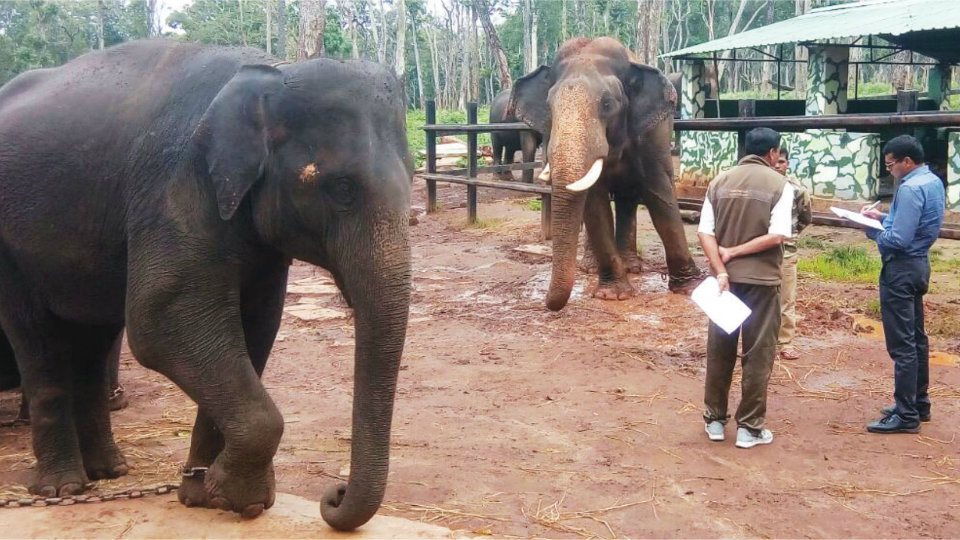 Mysuru: Following a preliminary meeting of the Dasara Committee held in the city on July 4, forest officials have started the process of identifying eligible elephants that will take part in the Jumboo Savari.

This time, over 16 elephants will be identified and the final list of pachyderms will be prepared at the Selection Committee meeting that will be held in city either on July 15 or 16.

At the preliminary meeting, District Minister Dr. H.C. Mahadevappa indicated that it will be a grand-scale Dasara this year from Sept. 21 to Sept. 30 and had asked officials to make it a spectacular event, drawing tourists from far and wide. As per the Minister’s announcement, the first ‘Gajapayana’ (the journey of Dasara jumbos from the forests to Mysore Palace) will be held on August 10.

Elephants that are housed at various camps in Mysuru and Kodagu districts have been examined for their health by Deputy Conservator of Forests (Wildlife) Elukundala and Forest Department Veterinarian  Dr. D.N. Nagaraj.

Dr. Nagaraj has examined Arjuna, the elephant that carries the Golden Howdah at Balle elephant camp and has found him fit to carry the 750-kg Howdah. Likewise, Abhimanyu and Balarama, housed at Mathigodu camp, Vijaya, Cauvery, Gopalaswamy, Harsha, Prashantha, Vikrama and Gopi at Dubare elephant camp, Durgaparameshwari and Gajendra housed at K. Gudi camp have been examined.

Usually, 12 elephants are identified to participate in the Jumboo Savari and this year, the department plans to identify four more to keep as standby. “In all, we will identify 20 elephants and prepare a list of 16 elephants including the back-up of four,” DCF Elukundala told Star of Mysore. 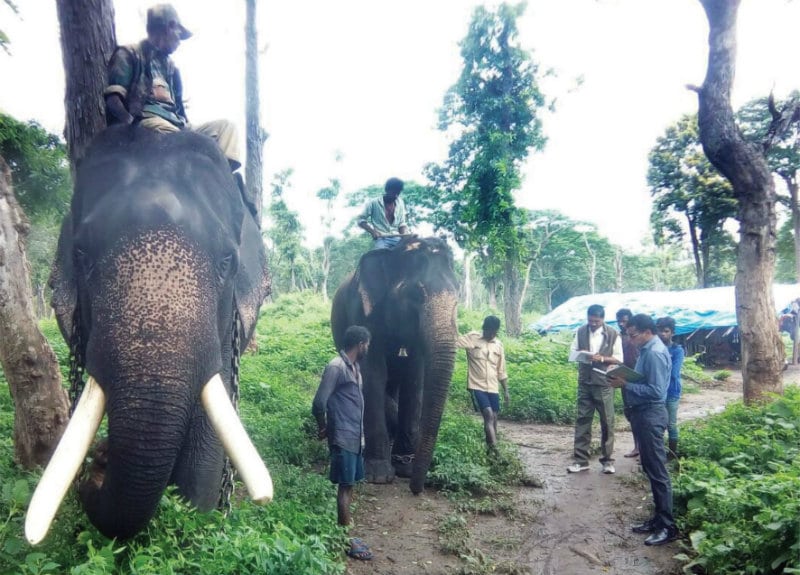 The Department has already identified Srinivas and Bhima as standby elephants and all the 16 identified elephants will be brought to the Mysore Palace where they will be fed, trained and prepared for Vijayadashami procession.

The elephants have been examined for previous Dasara participation experience, health, weight, overall fitness, and conditions of musth, pregnancy and post-delivery health.

The list will be finalised at the Selection Committee meeting that will be held in Mysuru either on July 15 or 16.