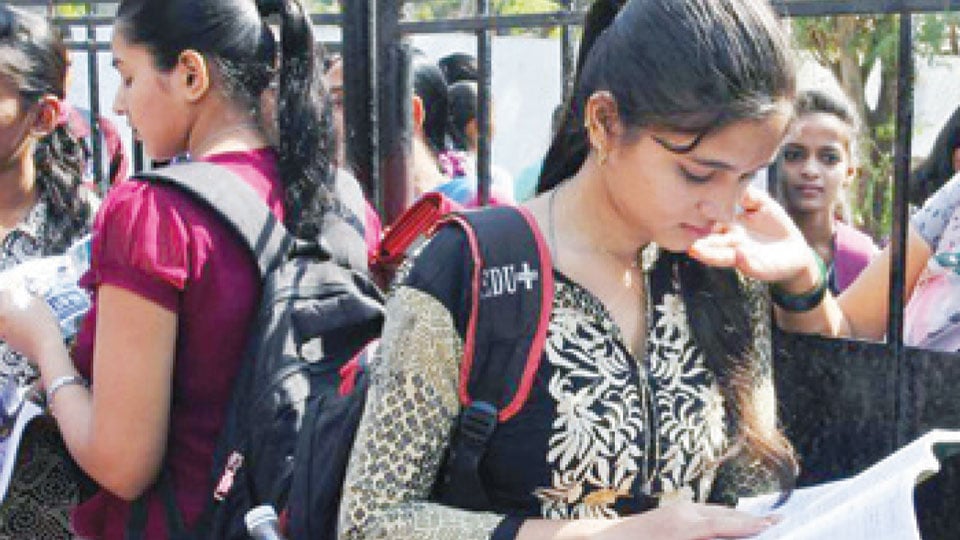 A corrupt officer can be dangerous to the education system

Recently, the Deputy Director of Pre-University Education Department (DDPUE), Mysuru, Jayaprakash was caught red-handed by Anti-Corruption Bureau (ACB) sleuths while accepting Rs. 25,000 as part of the Rs. 2.5 lakh bribe which he had allegedly demanded from the management of Vijayachetana PU College in Kuvempunagar, for renewal of licence.

Generally in such cases the accused gets bail quickly and to file the chargesheet later on, the Police need Government sanction. There have been numerous instances where the Government has not given sanction in such cases without following the ‘Rajadharma’, that is expected from a Government.

At the same time, there are also many instances where the Government has displayed discrimination by giving permission to chargesheet the accused who are NOT their favourites.

Jayaprakash, who had taken charge as DDPUE only 10 months ago, was due to retire on superannuation on the 31st of this month. (Generally, corrupt government officers use this period to make maximum money!)

On the day when this year’s SSLC exam results were announced, Jayaprakash sent three department officials with a letter to the College Principal and directed them to conduct an audit at a city PU College. However, no one from the management was present at the College at the time when the officials went.

With SSLC results announced, the PU College campus was full with students and parents who were there to collect application forms and the college Principal was too busy with his work. With the officials pressing for an audit when the College was busy with admissions, the Principal called up the Institute’s Secretary and informed him about the matter. The Secretary contacted DDPUE Jayaprakash and appealed to him to recall the officials and send officials on any another day. But his plea was squarely rejected by the DDPUE.

READ ALSO  Tale of a Hill called Chamundi in Mysuru: My thoughts on Saving the Hill

Left with no other choice, the College Secretary contacted the Personal Secretary of the Minister for Primary and Secondary Education Tanveer Sait and told him that the time was not suitable for an audit and harassing the college management was Jayaprakash’s sole agenda. Now, one can easily understand the intention of the DDPUE! In any case, the audit on that day did not take place, thanks to the intervention of the Minister’s PS.

Jayaprakash, right from the day he took charge of PU Board office in Mysuru, had been allegedly calling different colleges from the cell phone of others demanding 10 seats for himself under the Chief Minister’s quota. After hectic bargaining, Jayaprakash used to get at least 2 seats in every college. He later sold them.

The DDPUE is said to have told the Principal of that college to stay put in the college saying that he was coming to the college to question him over a complaint. But as a coincidence or as the act of ‘karma’, Jayaprakash, who went to Vijayachetana College first to collect the bribe, was caught red-handed by ACB sleuths before he could reach the principal of the other college who was waiting for him.

It must be mentioned here that when seats are full, college managements can appeal to the Pre-University Education Board to increase the intake and the PU Board can give permission. In Mysuru, there are about 8 such colleges which usually approach the Board for more seats. However, the colleges seeking permission for more intake should send its proposal to the Government through the DDPUE. It is the responsibility of the DDPUE office to screen and assess the applications received and forward the same to the Government for consideration. But Jayaprakash, instead of sending the College proposals to the Government, kept them with himself. Now the question arises, what may be the motive behind his action?

READ ALSO  Love in the time of COVID-19

While the colleges in all other districts in the State had got permission from the Government for more intake before the classes began on June 20, the proposals sent by the 8 PU Colleges of Mysuru did not reach the Government at all !

Upset over the unending wait, the managements of those 8 colleges contacted senior officials of the PUE Board in Bengaluru. They came to know to their dismay that the Mysuru DDPUE had not at all forwarded the seat intake proposals sent by the colleges. But what is satisfying to note here is that all the waiting colleges were sanctioned additional seats on July 4. One wonders whether the DDPUE had deliberately failed to forward the proposals with an intention of demanding money from the colleges.

But what is disgusting is that the Mysuru DDPUE Jayaprakash was found seated next to veteran writer and Saraswathi Samman awardee Prof. S.L. Bhyrappa at the International Yoga Day celebrations held under the aegis of the district administration at the Mysore Race Club on June 21, as was seen in the photographs published in some newspapers.

While Jayaprakash was supposed to oversee smooth functioning of the academic activities of Colleges in Mysuru he was doing just the opposite.

With the Government going soft on such corrupt and arrogant officials, no doubt the PU Education has suffered a setback in colleges coming under such corrupt officials.