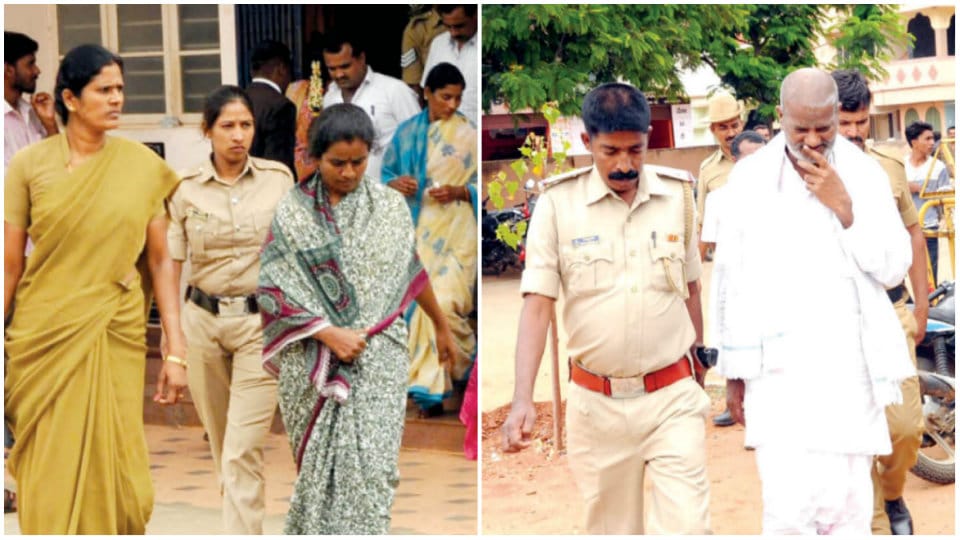 Chamarajanagar:  The Chamarajanagar Principal District and Sessions Court, yesterday postponed the hearing of the Sulwadi Maramma Temple Poisoning Case to July 10 as the advocate of three of the four accused was absent.

The four accused — Immadi Mahadevaswamy (prime accused), Madesh, Ambika and Doddaiah — who are lodged in Mysuru Jail, were taken to Chamarajanagar with tight Police security and were produced before the Court yesterday morning.

Judge G. Basavaraju asked prime accused Immadi Mahadevaswmy whether his advocate was present to which a junior advocate representing advocate Appanna from Ponnampet told the Judge that his senior was not present and he had come on his behalf and told the Judge that he would submit an application seeking quashing of the charge-sheet to which the Judge gave his consent.

As the advocate was not present in the Court, Judge Basavaraju postponed the hearing to July 10.