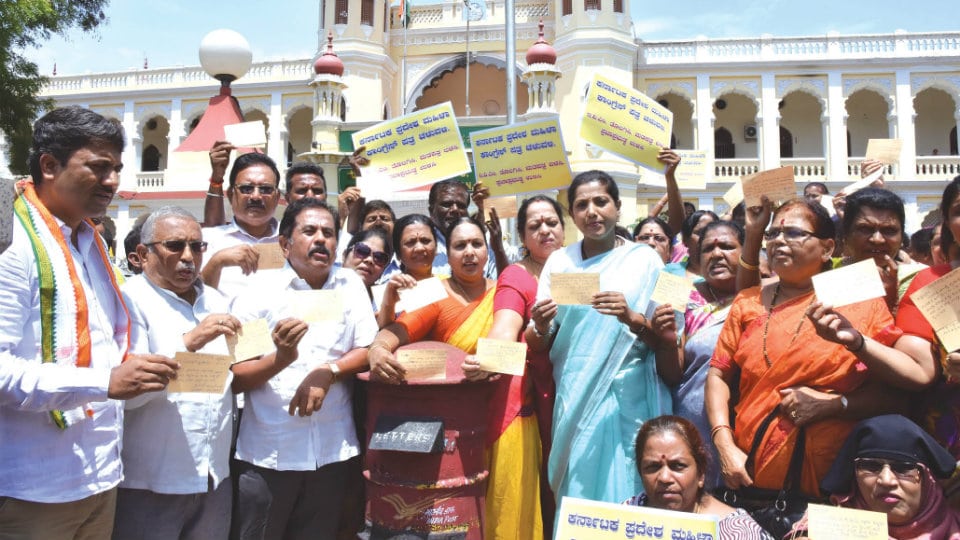 Mysuru: Members of the KPCC women’s wing launched a post card campaign seeking to return to ballot papers, in front of the MCC office here yesterday.

Maintaining that there was every possibility of EVMs being hacked, Somashekar demanded return to ballot papers to ensure transparency in the elections.

KPCC Women’s Wing President Dr. Pushapa Ananath said that there was strong objection to EVMs across the country.

Claiming that almost all political parties, barring the BJP, were demanding ballot paper polls, she alleged that there were many cases of mismatch of VVPATs.

Stressing on the need for using ballot papers, for maintain transparency in polls, she said that the post card campaign is aimed at sending more than one lakh post cards to the President of India seeking ballot paper polls.