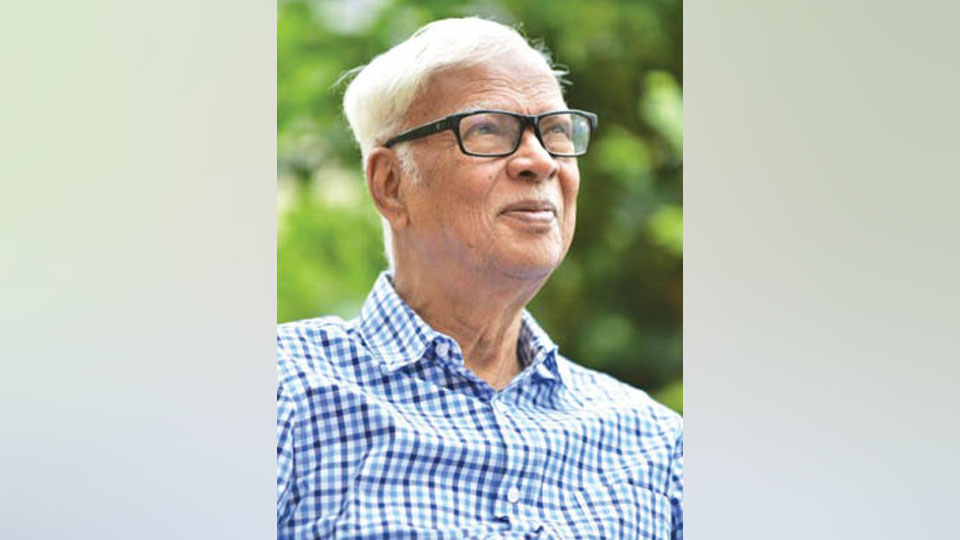 Bengaluru:  Kannada writer and poet Sumatheendra Nadig (86), one of the proponents of the Navya (modernist) literature movement, passed away in Bengaluru yesterday. Nadig was ailing and was admitted to a hospital late last week. His body was kept for public viewing at his Puttenahalli home.

The poet was born in Chikkamagaluru to Raghavendra and Subbamma. He was a teacher by training, but was passionate about poetry, novels and critique.

He taught for a while in Goa. He was the editor at Bappco Publishing and a reader of English at Bangalore University. He received an honorary doctorate for his work on poems by Jnanapith awardee Dattatreya Ramachandra Bendre. Nadig also served as chairperson of the National Book Trust.