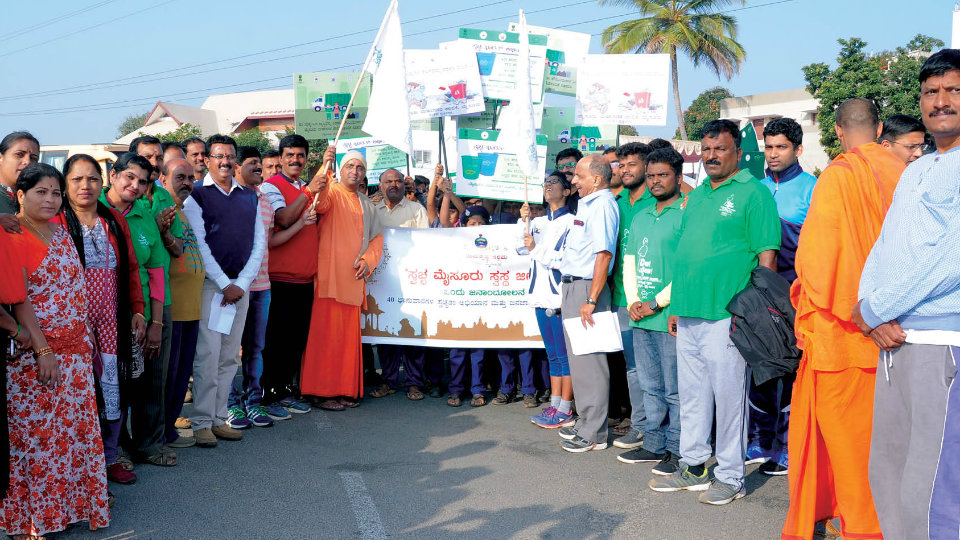 Wielding brooms, Swami Atmajnananandaji and Swami Mokshatmanandaji of Sri Ramakrishna Ashrama along with  about 1500 students, general public and volunteers of the Ashrama thoroughly cleaned the circle.

Taking out a procession to Shirdi Sai Mandir at Ramakrishnanagar E&F Block, the students distributed leaflets on cleanliness awareness to houses and onlookers.

Speaking on the occasion, Deputy Commissioner (DC) D. Randeep commended all for a joint effort to maintain cleanliness of city and spreading awareness about that among the citizens. He added that one area in every zone of MCC would be made as a model regarding cleanliness to be emulated by all.

MCC Commissioner G. Jagadeesha said that 25,000 people had downloaded the MCC Swachh App indicating a positive trend towards the set goal of one lakh.