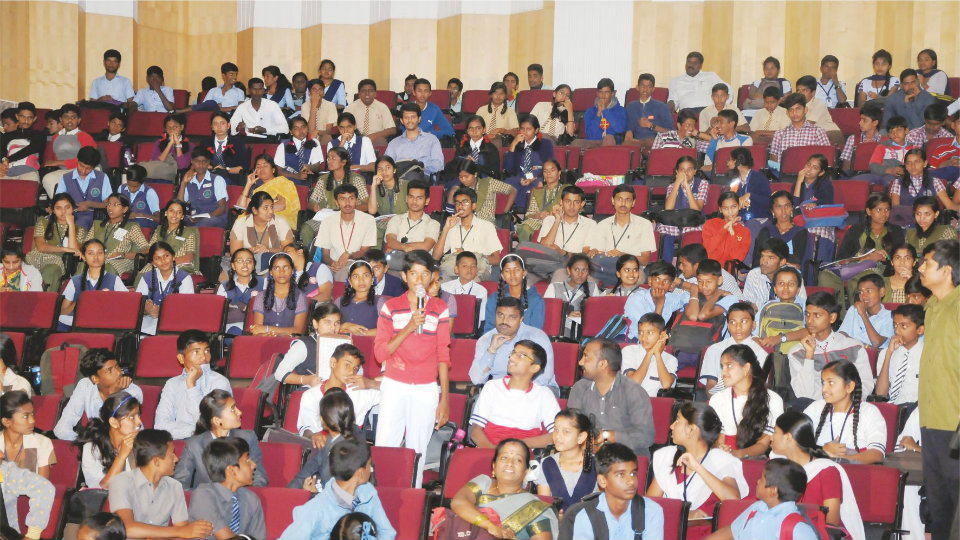 Mysuru: Tapping on the influence the children command over their parents and elders, the District Administration, Mysuru City Corporation and District Urban Development Cell (DUDC) had jointly organised a district-level Swachh Bharat Mission ‘Swachh Quiz’ competition at the Senate Bhavan in Manasagangothri here this morning.

The quiz was to promote the Swachh Mission to see that Mysuru regains its top spot as the cleanest city in the country. Nearly, 950 students from different parts of the district including from rural areas participated.

Speaking after inaugurating the quiz competition, MCC Commissioner G. Jagadeesha said that the quiz competition has been organised for schools and colleges as children wield enormous influence on their parents. “These days, the parents listen to the children unlike in the past when children were dumbly told to follow the elders. The children inspire the parents to do some good work. The best example is the Swachhata ads by the government where children keep teasing the elders about the usage of toilets,” he said. 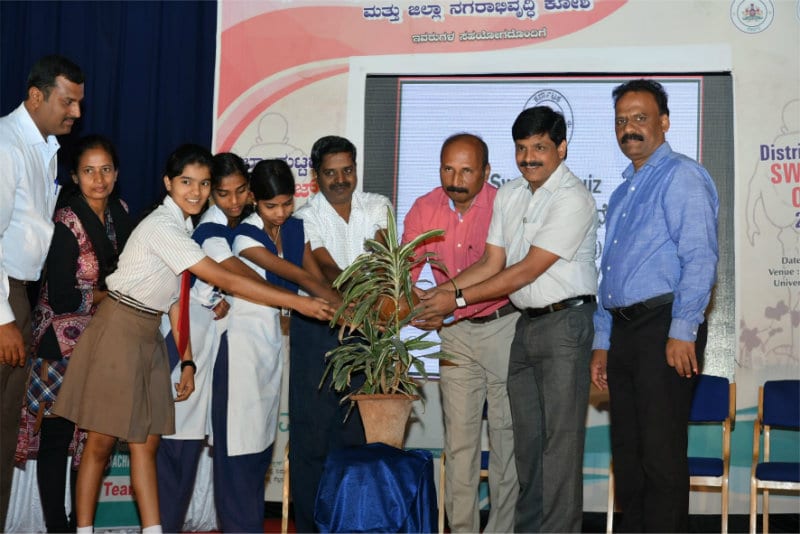 He narrated how his four-year-old daughter asks him to stop the water flowing in the tap in the wash basin, while he is brushing his teeth.

Asked who had taught her, the child replied that it was the teacher who had taught her to save water. “Hence, we realised that a quiz like this would help us to promote the cleanliness campaign,” Jagadeesha said.

He said that Swachh Committees had been constituted in nearly 580 schools in the district to create awareness about garbage collection, waste segregation and to clean blocked drains.

MCC Health Officer Dr. D.G. Nagaraju said that on Oct. 2, 2014 Swachhata Abhiyan was started in the country and this five-year mission will end on Oct. 2, 2019.  “To regain the top spot there are three guidelines that we should follow: segregation, garbage collection and transportation. If at least 20,000 people register for Swachh Survekshan-2018, then the chances of regaining the rank is very high,” he said.

Questions posed by the quizmaster in the beginning were too tough and mostly related to international issues. Jagadeesha asked the quizmaster to pose questions related to swachhata and then the lively interaction began. Students from rural areas were seen in their elements answering tough questions. Results will be announced this afternoon.