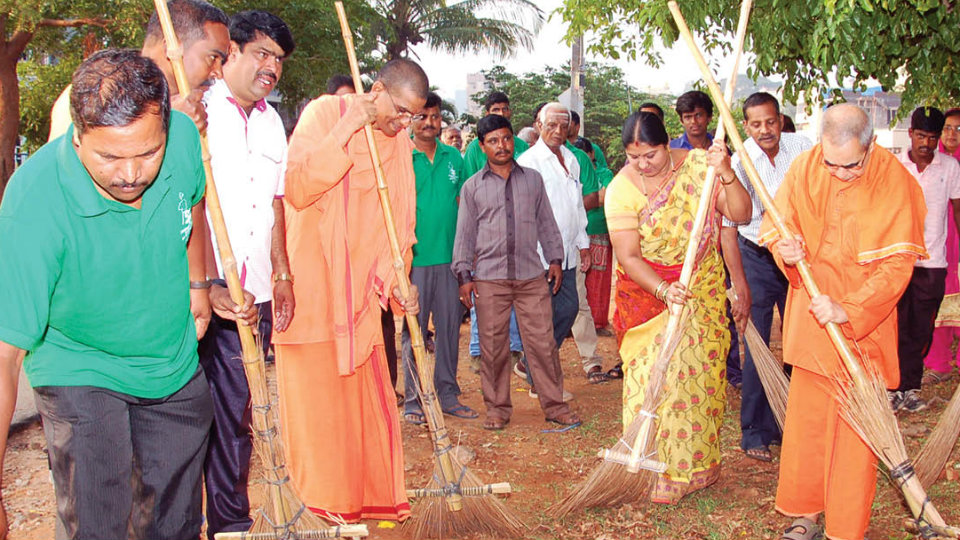 Volunteers visited houses individually and requested them to maintain cleanliness in the surroundings. About 200 volunteers, 30 MCC cleaning staff and 70 local citizens participated in the campaign. A brochure on ‘Swachha Mysuru Swastha Jeevana’ was distributed to houses in the locality, according to a press release from Swami Atmajnanandaji, Adhyaksha, Sri Ramakrishna Ashrama.