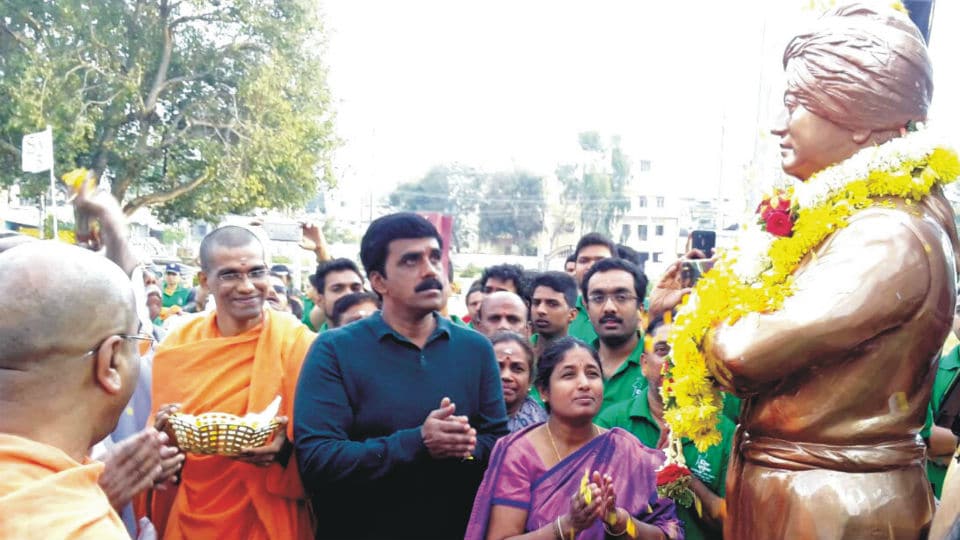 As part of the 40-week long Swachhata Abhiyaan, being launched by the city’s Ramakrishna Ashrama, cleanliness drive was organised in the areas coming under MCC Ward No.33 this morning.