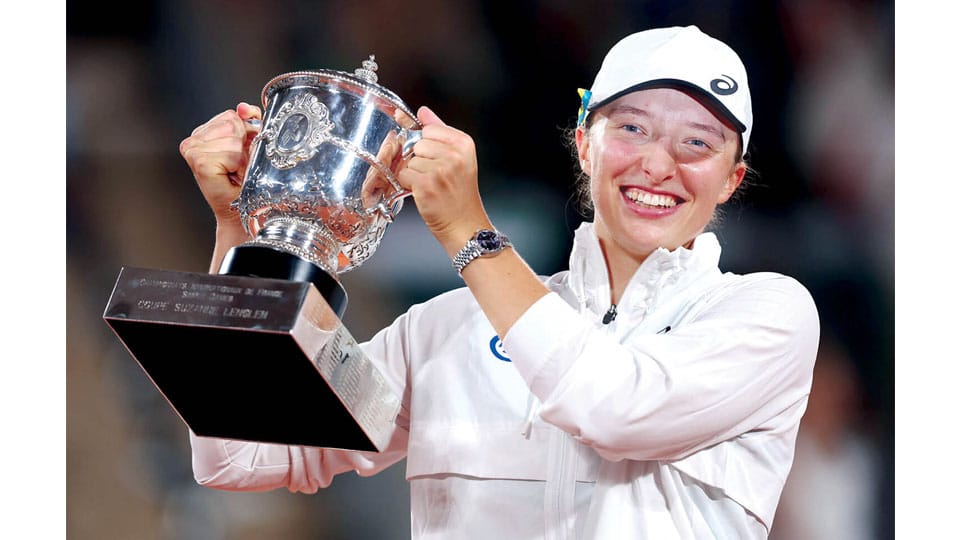 Iga Swiatek cruised to her second French Open title by dominating teenager Coco Gauff in the final on Saturday, as the World No. 1 claimed her 35th successive victory. The 21-year-old Pole stormed to a 6-1, 6-3 win in only 68 minutes on Court Philippe Chatrier, equalling Venus Williams’ record for the longest winning run by a woman in the 21st century. Swiatek celebrated her sixth straight title this year in the players’ box with her friends and family.

A disconsolate Gauff was left sitting on her seat in tears after a nervous performance, punctuated by 23 unforced errors and three double faults.

The 18-year-old American came up short in her bid to become the youngest Grand Slam Singles Champion since Maria Sharapova won Wimbledon in 2004. Swiatek, only the 10th woman to win multiple French Opens in the Open era, lost just one set in the tournament — against China’s Zheng Qinwen in the fourth round.

She has now won all three of her career meetings with Gauff, who was playing in her first Major final.

Gauff will now turn her attentions to Sunday’s (June 5) Doubles final, where she will face home favourites Caroline Garcia and Kristina Mladenovic alongside compatriot Jessica Pegula.