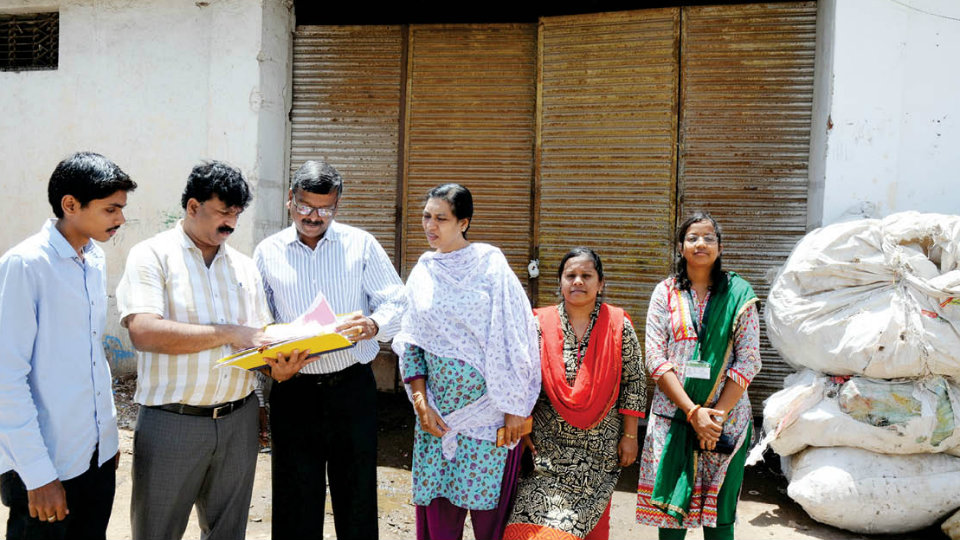 Mysuru: Tahsildar T. Ramesh Babu led a team of officials from Mysuru City Corporation (MCC) and Karnataka State Pollution Control Board (KSPCB) and raided two illegal dyeing units in the city this morning and registered FIRs against them.

The Tamil Nadu-based owner had closed the unit and left by the time the raiding team arrived on the spot. None of the unit owners are locals and all of them have their base in Tamil Nadu.

Most of the units are located in makeshift sheds and none of them have effluent treatment system. Hence, they were discharging effluents into UGD thus polluting the water. 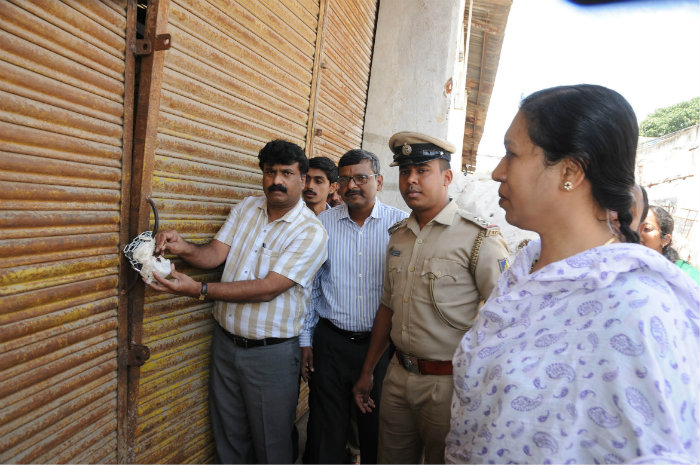 KSPCB Environment Officer B.M. Prakash, speaking to Star of Mysore said that most of the units are involved in dyeing cloths using toxic chemical paints. They all rent places illegally. They do not even have names and none of them are registered. They release the polluted water into the drain and this could even cause skin problems besides killing animals and birds if they consume this polluted water. Even the groundwater becomes polluted, he said.

FIRs under IPC Section 188 has been lodged against eight illegal units and if they violate the orders, criminal cases will be registered and action taken, he said.

It is said that despite complaints by KSPCB, the MCC had allegedly turned a blind eye. The Police have yet to trace the owners of the illegal units and also the owners of the land where these units are operating.