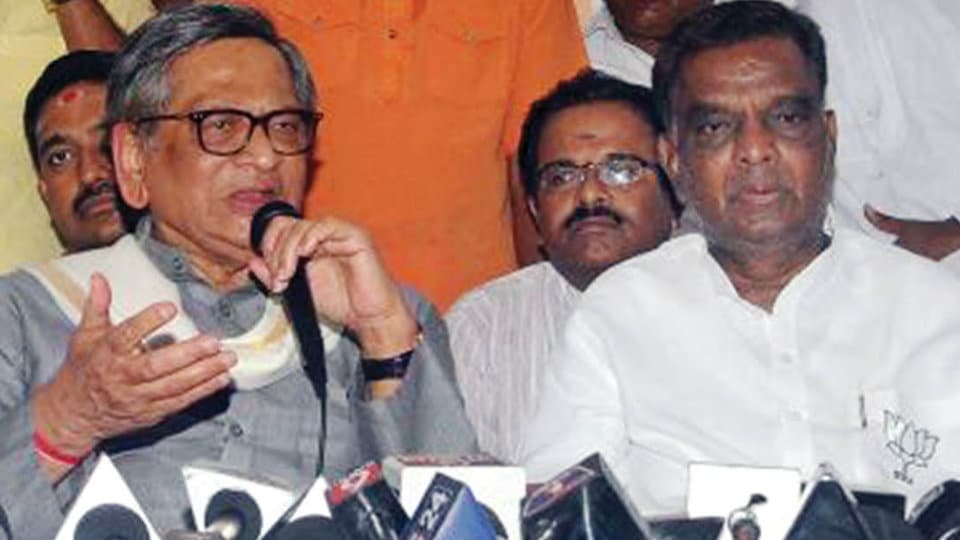 I have taken Deeksha to strengthen BJP: S.M. Krishna

Maintaining that any by-poll results are not a pointer to General Assembly Elections, former Chief Minister and senior BJP leader S.M. Krishna has said that by-polls are generally fought on local issues and between individual candidates.

Speaking to press persons at the BJP office here this noon, S.M. Krishna, who is on his first visit to the Temple Town after joining the BJP last month, said that he joined the BJP as he was very much impressed by Prime Minister Narendra Modi’s leadership and his style of working.

Expressing confidence that the country would join the league of most developed nations in the next 10 years under Modi’s leadership, Krishna said that he has taken a ‘Deeksha’ to further strengthen the BJP in the State. 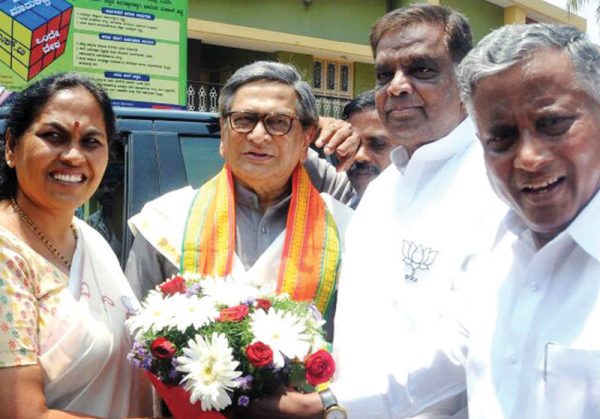 Asserting that he joined the BJP in the better interests of the nation, Krishna said that he had explained to the people the reasons why he quit the Congress, with which he was associated with for over four decades.

Terming the present Congress Government as the worst post-independence, he said that the State Government was direction-less and lacked vision.

Lashing out at the Siddharamaiah Government for failing to address agrarian issues with reports on farmers committing suicide pouring in everyday, Krishna said that the present dispensation was perhaps the most insensitive Government he had ever seen since K.C. Reddi became the first ever Chief Minister of the State.

Announcing that he would campaign for party candidates in Nanjangud and Gundlupet, Krishna said that he knew Nanjangud BJP candidate V. Sreenivasa Prasad for decades.

Stating that he supported Prasad’s stand on quitting Congress for the sake of self-respect, Krishna appealed the electorate to vote for Prasad and elect the true leader of the people.