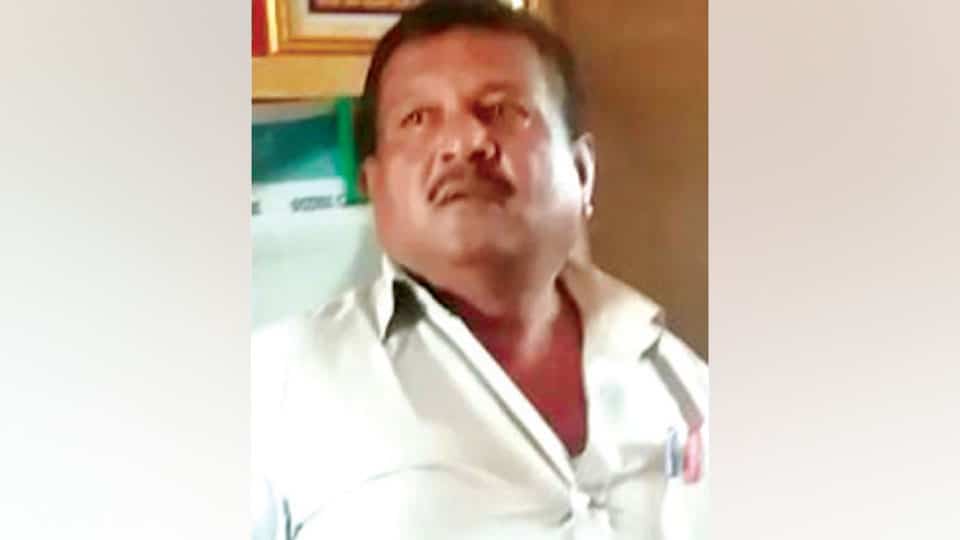 Mysuru: An incident of parents catching hold of a teacher for allegedly misbehaving with a girl student and handing him over to the Police, has been reported in city yesterday. The accused teacher has been identified as 58-year-old Lokappanavar Shivannagi, a Kannada teacher at Bhagini Seva Samaja Primary School in Krishnamurthypuram here and a native of Haveri.

Shivannagi is said to have been misbehaving with some girls since about two months following which some of the girls had stopped going to the school which worried the parents.

The parents, yesterday afternoon rushed to the school and caught hold of the teacher and handed him to Lakshmipuram Police, who registered a case against the teacher, conducted interrogation and handed him over to Judicial custody.