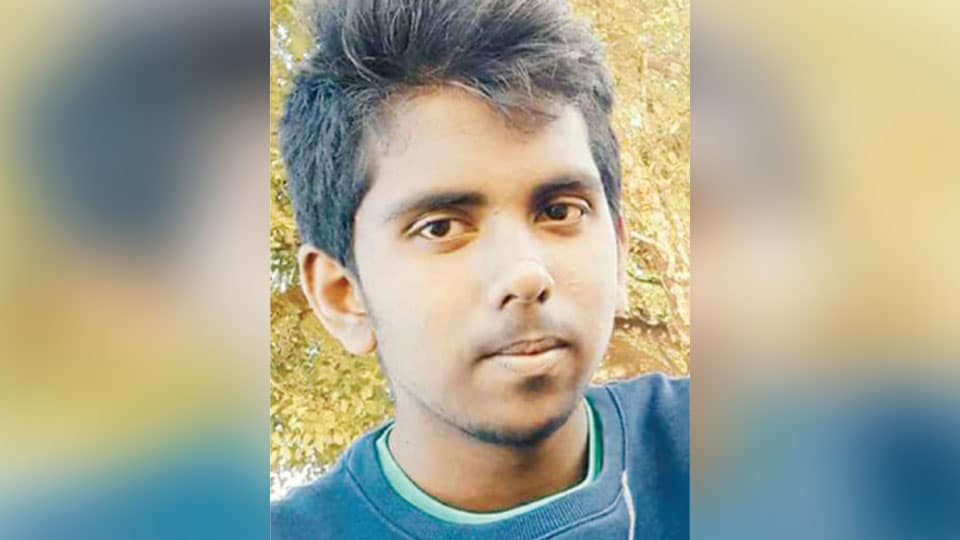 In a tragic road mishap a teenage student was killed when the motorcycle he was riding collided head on with a car at Ambatti in the taluk yesterday.

The deceased has been identified as Akash (16), son of TV 1 reporter Ravikumar and a resident of Jain Street in Virajpet town.

Akash, a first PU student was returning home after finishing his exams and was travelling on Gonikoppa-Bittangala Road when a speeding car (KL-10/AH234) coming from the opposite direction knocked down his motorcycle at Ambatti.

Virajpet Rural Police who registered a case in this regard, have arrested Babu Kuttan, the car driver. Former Assembly Speaker and Virajpet MLA K.G. Bopaiah visited the District Hospital in Madikeri and consoled the family members of the deceased.

The MLA took the hospital staff to task for poor maintenance of the ambulance.