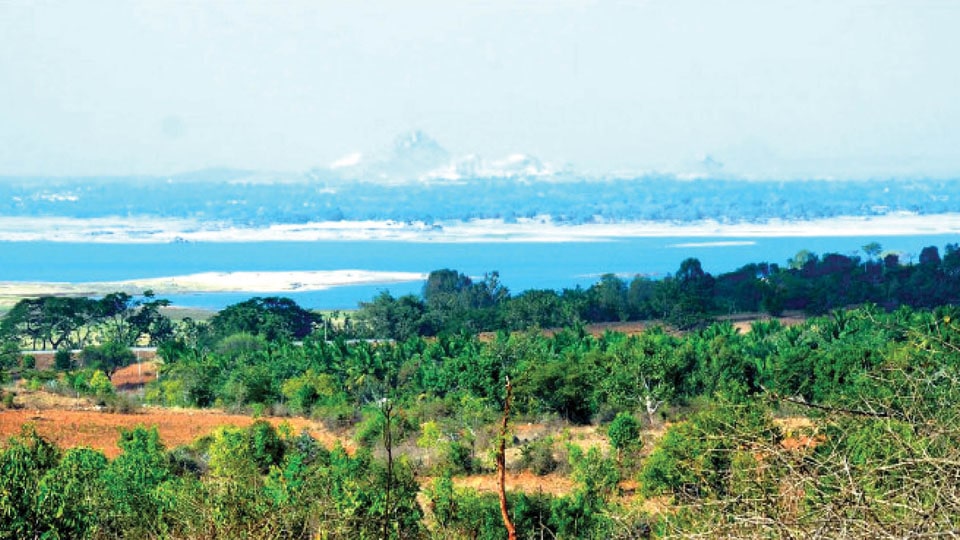 Mysore/Mysuru: After over eight years when the Hale Unduwadi Drinking Water Project was first mooted, tenders have finally been called early this month for the first phase of works. It is an estimated Rs. 540 crore project and the first phase will be taken up at an estimated cost of Rs. 350 crore.

This project will get Cauvery water from Krishna Raja Sagar (KRS) Dam backwaters instead of the present practice of lifting water from the canals. The project is designed to take care of Mysuru’s water needs at least for 100 years.

The tenders have been floated by the Water Board and the financial bids have been uploaded in an app developed by the Board to ensure transparency.

“Since it is a mega project, the State Government is directly involved and it will award the tenders based on bids. It is one of the biggest drinking water supply project in South India where over 92 villages — a majority of them located in Chamundeshwari Assembly Constituency — will get pure drinking water,” he explained.

The project was first mooted by Chamundeshwari MLA G.T. Devegowda (GTD) and former MLA Vasu when Siddharamaiah was the CM. Later when H.D. Kumaraswamy assumed power in coalition Government, Rs. 50 crore was sanctioned in the budget. Now the tender has been floated under the BJP Government.

It will be a project that will be jointly implemented by the Water Board, Mysuru City Corporation (MCC), Mysuru Urban Development Authority (MUDA), Karnataka Urban Water Supply and Drainage Board (KUWSDB), Zilla Panchayat, Rural Water Supply Board and Karnataka Housing Board (KHB).

Once the project is implemented, the city and its neighbouring villages will get 300 Million Litres per Day (MLD) water from River Cauvery. This would be in addition to 250 MLD being supplied to the city at present.

By implementing the Hale Unduwadi project, the State Government wants to ensure unhindered supply of water from the KRS Dam even when the water at the reservoir reaches the Dead Storage Level of 74.76 ft. The maximum level is 124.80 ft.

At present, if there is a drinking water crisis in Mysuru, Cauvery water is pumped from the backwaters. But the drawback here is that the pumping stations need to wait for water release from the Dam as they are located downstream of the Dam. Four pumping units that supply water to the city have a total capacity of 265 MLD and are prone to going dry if water level drops below the dead storage level. In the new project, water is drawn directly from the Dam.

As per the requirement of the MCC, MUDA had sanctioned land at Beechanakuppe and over 90 acres were allotted. The land is situated at a height and will conveniently pump drinking water to the city. The plan is to pump water from the backwaters at Hale Unduwadi, located 2 kilometres from KRS Dam, and supply it to Beechanakuppe, where a water treatment plant will be built.

Under the project, raw water will be drawn from the KRS backwaters at Hale Unduwadi through a jackwell. It is a structure used to collect water from rivers and reservoirs that convey it further to the water treatment plant. The structure is masonry or concrete structures. From the jackwell, the water will reach Beechanakuppe treatment plant.

After treatment, water will be pumped to Master Balancing Reservoir (MBR) at Vijayanagar Second Stage and the High Level Reservoir (HLR) at Yadavagiri from where it is supplied to different parts of the city.

The main hurdle for the project was the deadlock between the Karnataka Industrial Area Development Board (KIADB) and other project implementing Government agencies like MCC and MUDA. The KIADB wing of Mandya acquired 290 acres of land at Beechanakuppe — including the 90-acre land that was meant for the Hale Unduwadi project — and allotted to a realtor to build a satellite township.

After the land acquisition, KIADB created sites in the vicinity and sold a large chunk of it to the realtor who has paid the amount and was legally on solid grounds thereby resulting in a deadlock. The matter was resolved at the Government level and alternative land was given to the KIADB satellite township. The reclaimed land was later entrusted to KUWSDB to implement the drinking water project.