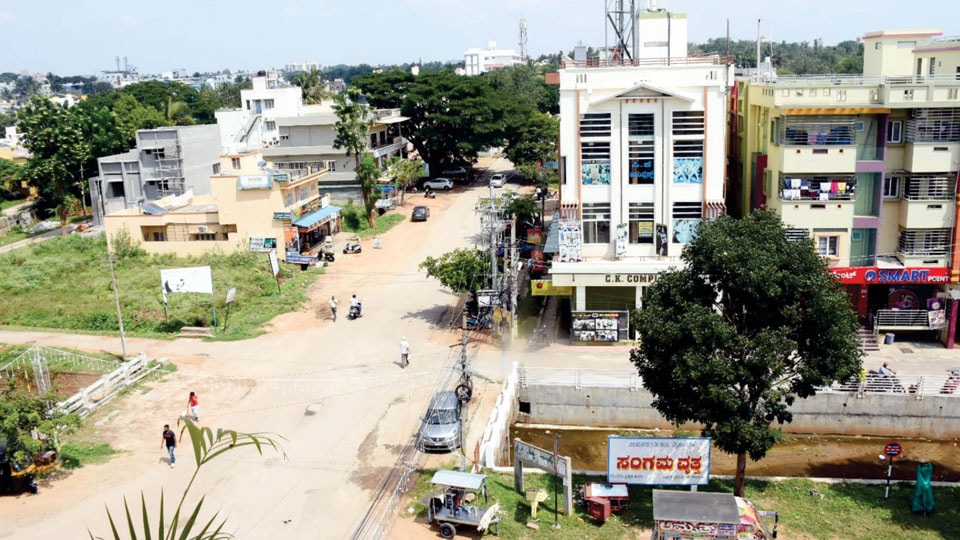 Mysore/Mysuru: In a major relief to the residents of Vijayanagar 3rd Stage, the Layout will henceforth be fully maintained by the Mysuru City Corporation (MCC) and the Civic Body will take care of the maintenance of the Layout, tax collection, transfer of land documents (Khatha) and all other administrative matters.

Residents of the Layout had opposed the earlier proposal of handing over the Layout to the purview of Hootagalli City Municipal Council (CMC). Former Minister and MLA representing Chamundeshwari Assembly Constituency G.T. Devegowda said that the residents of the area can pay their property tax to the MCC in future.

The MCC has been maintaining the Layout by providing basic amenities including drinking water, drainage and streetlights and also distributing thousands of Khathas.

But due to some technical issues, ownership of land issue between the MCC and MUDA, the process of Khatha transfer hit a roadblock and residents were running from pillar to post in the MCC and MUDA to get their documents transferred.

MLA G.T. Devegowda said that the residents of the locality were complaining that officials of MUDA and MCC were passing the buck to each other whenever approached for Khathas, licenses and other issues.

“Now MUDA has transferred all the revenue records of Vijayanagar 3rd Stage to the MCC and the property owners can have their Khatha records transferred to the MCC and begin payment of property tax henceforth to the Civic Body. Even licenses pertaining to the residential locality will be issued by MCC and citizens can approach MCC Zone-3 Office,” he added.

The Government had already issued a notification regarding transfer of localities inside the Outer Ring Road to the MCC. There was a discussion to bring all Layouts within the Outer Ring Road under MCC but it failed due to lack of coordination, the MLA noted.

The issue of residents of some of the Layouts formed by MUDA demanding inclusion into MCC limits is not a new one. While the MCC officials had made it clear that the Layouts near the Outer Ring Road that were among the MUDA-transferred Layouts cannot be brought under MCC’s purview as they were outside the geographic jurisdiction of the MCC.

Some of the Layouts that have been demanding inclusion in the MCC limits are Vijayanagar 3rd Stage, 4th Stage First Phase and some of the areas adjoining the Ring Road, Garudachar Layout, Cauvery Layout, Wild Grass, Channegowda Layout, Subramanyanagar, Vijayanagar 4th Stage First Phase and those Layouts that come under the inner area of Ring Road.