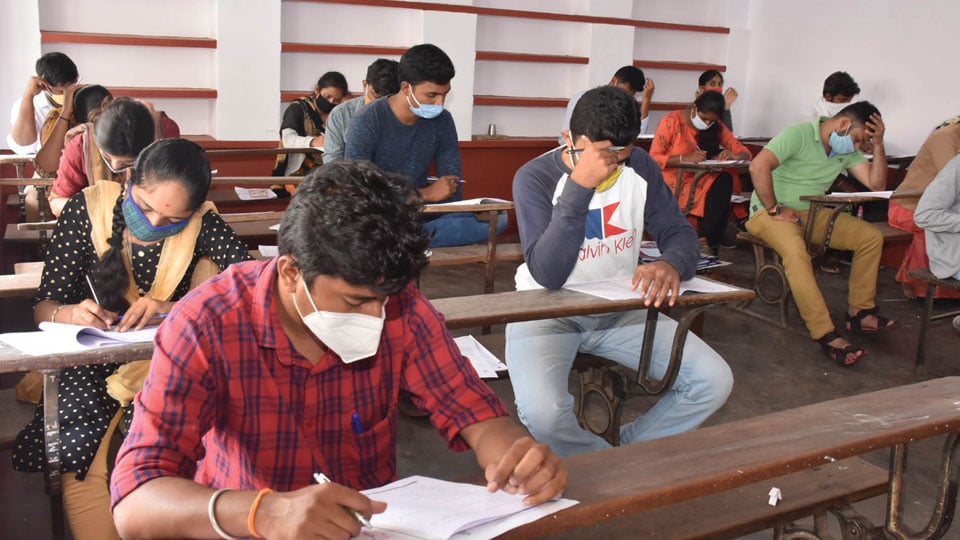 On the first day yesterday, General Paper and English Paper exams were held.

Today, the exams for Science, Maths, Biology and Social Science subjects were held in two sessions, which  went off smoothly in Mysuru district, according to sources.

The exam was held at 33 centres across the city. Nearly 9,000 candidates had registered for the exam in the city centres, out of which about 6,000 appeared while over 2,800 candidates were absent.

The City Police had provided tight security around all the exam centres and Prohibitory Orders under Section 144 of CrPC was imposed in 200 mt.radius around the centres.

DDPI Ramachandraraje Urs and other top officials of the District Administration visited some of the exam centres today.