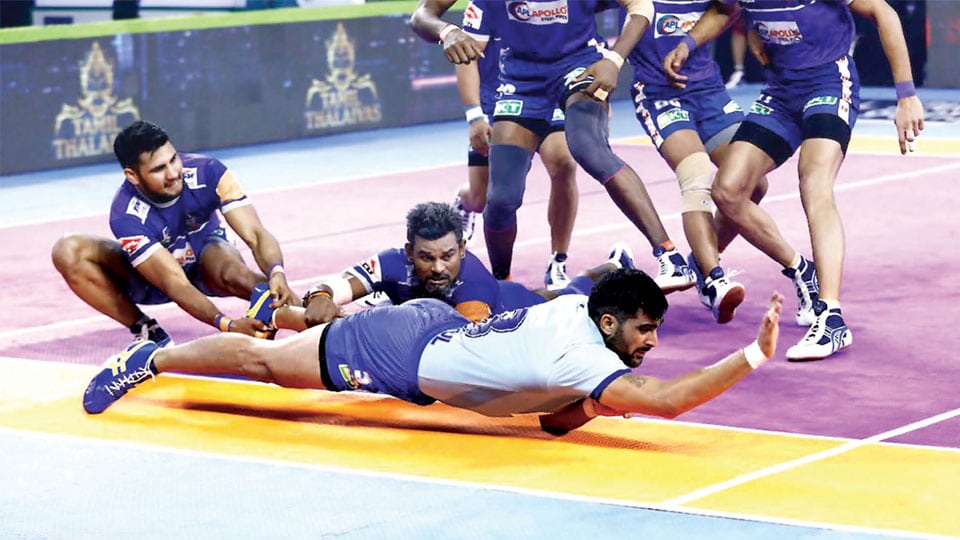 Despite the top efforts of Vikash Kandola, the Harayana Steelers suffered a 28-35 defeat at the hands of Tamil Thalaivas in a Pro Kabaddi League (PKL) season 7 clash in Patna on Sunday.

Haryana started on a high note as Kandola and Naveen made tremendous raids in the opening minutes of the match.

Haryana earned a four-point lead, thanks to the brilliant raid point by Vinay in the sixth minute. Thereafter, Sunil also scored a tackle point on the lines of which Haryana took a four-point lead.

Haryana were dominating the game as they ended the first half with a nine-point lead at 19-10.

Thereafter, the Thalaivas gave a solid fightback and earned raid and tackle points in no time. In the final minutes, they scored a tackle point and ended up clinching their second win of this season.

In the other match, Puneri Paltan picked up a convincing 41-20 win over Patna Pirates at the same venue to register their first victory of the Season.