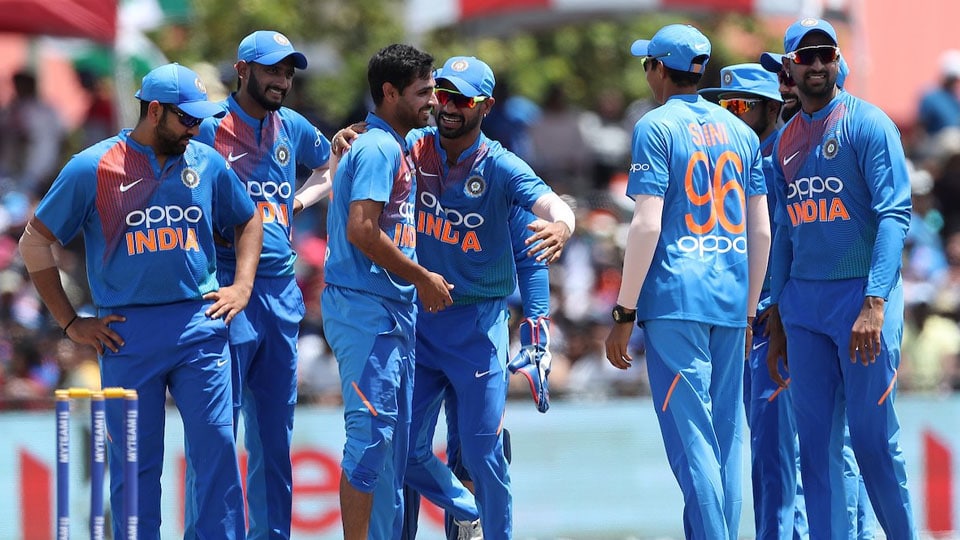 India rode on a half-century by Rohit Sharma and impressive bowling display by Krunal Pandya to defeat the West Indies by 22 runs via Duckworth-Lewis-Stern method in the second T20 International in Florida on Sunday.

With this victory, India clinched the three-match T20I series 2-0 with a match to spare. The third match will be played at Providence Stadium in Guyana on Tuesday. After opting to bat, India posted a competitive total of 167 for five. In the chase, the West Indies managed 98 for four in 15.3 overs before inclement weather forced players off the field.

The Duckworth-Lewis par score at that point was 120, and the West Indies were 22 runs behind.

Rohit Sharma top-scored with 67 off 51 balls, setting India up for a challenging total, before Krunal (20 off 13 balls) and Ravindra Jadeja propped up the innings by smashing 20 runs in the final over, which was bowled by Keemo Paul.

Krunal hit the first two balls of the final over for sixes before Jadeja also found one maximum.

During his knock, Rohit became T20 internationals’ most prolific six-hitter, going past Chris Gayle with 106 maximums. He struck six fours and three sixes in the match.