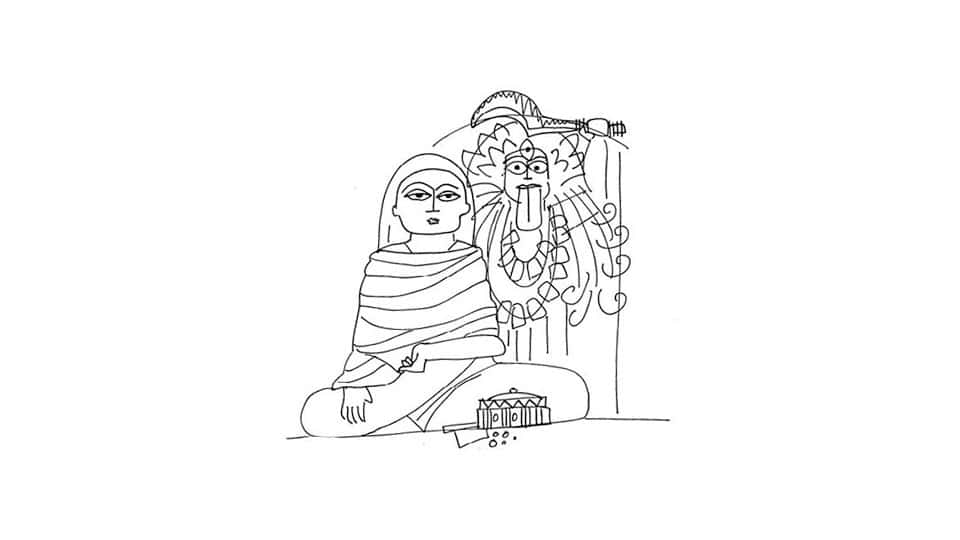 In early 19th century, in a society dominated by men, mostly wealthy landed Brahmins, and by the Colonial rulers of the land, a woman called Rani Rashmoni rose to be a successful business leader in Kolkata. She built the famous Dakshineshwar Temple where Swami Ramakrishna Paramahamsa, whose original name was Gadadhara Chattopadhyay, served as priest. Ramakrishna would, in time, have a profound influence on a young, erudite and rather affluent young man called Narendranath Datta, who would go on to become the thinker and orator, Swami Vivekananda.

Rani Rashmoni was barely eleven when she married her husband, a rich landlord, and she was widowed when she was in her forties. A natural leader, she was able to generate a vast amount of wealth, that she used shrewdly for various philanthropic, political and religious projects. This all happened in the decade before the catastrophic Uprising of 1857.

She was about to go on a pilgrimage to Kashi, when she had a dream that guided her to believe that rather than visiting temples elsewhere, she could build a temple in her own city. The city needed a place of worship less controlled by orthodox priests and more accessible to the masses.

So, Rani Rashmoni bought a land, on the banks of the Hooghly River, that was shaped like the hump of a tortoise, partly owned by a European Christian and partly owned by Muslims who buried their dead there. On this land, associated with foreign forces and foreign religions, she would build a Hindu temple for a Goddess, known for her power and transgressive nature — Kali. She was perhaps inspired by the Shyama Sangeet songs of Ramprasad Sen who lived in the 18th century and saw the Tantrik Goddess with a devotional eye.

Within her temple stood Kali on the chest of Shiva, a powerful image of female power for Rani Rashmoni who, no doubt, had to face many difficulties, despite her wealth and intelligence, on account of her being a woman. She had to direct much of her work through her sons-in-law.

And, when the temple was built, she had to donate it to a Brahmin and only then did the Brahmin community agree to consecrate it. In this temple, she celebrated Durga Puja, once again affirming female power. During these festivals, she organised jatras to entertain the masses and mobilise them as a force, much as Lokmanya Tilak would a few decades later, establishing the community-based Ganpati Puja, in Pune, to raise political consciousness.

Rani Rashmoni challenged rules of gender, caste, class and religion. She provided an ecosystem for new thinking. The idea of Kali would in many ways inspire Bengali intellectuals who played a key role in the early years of the Indian national movement.

People in 19th century Bengal were told that that Kali sticks her tongue out in embarrassment, on discovering she has accidentally stepped on her husband, who, in traditional patriarchal Hindu society, is considered the wife’s God (Pati Parmeshwar). More likely, the tongue sticks out to mock men who deny the power of women like Rani Rashmoni who played a key role in changing India forever.