Home » Feature Articles » The Festival Of Women, By Women, For Women 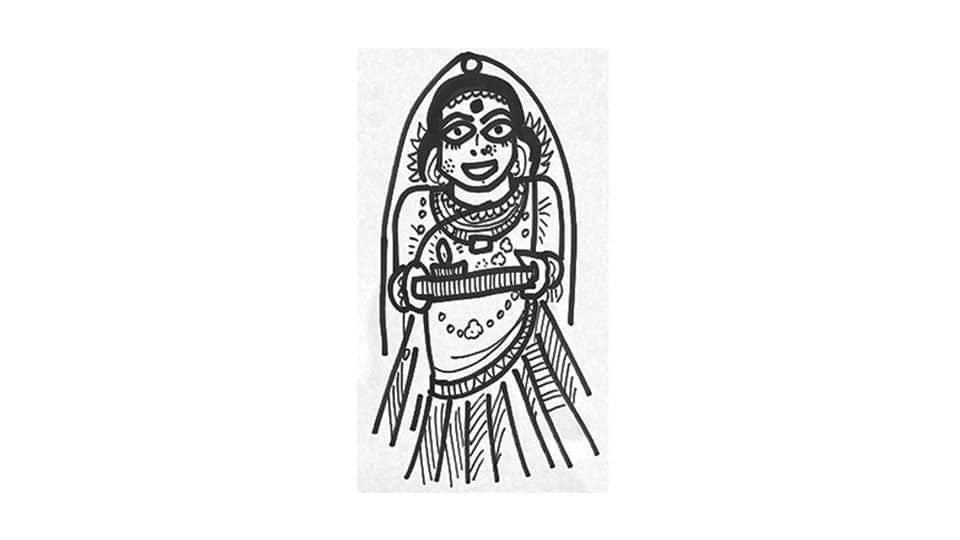 The Festival Of Women, By Women, For Women

The word ‘teej’ refers to the third day of the lunar cycle when women fast, stay awake in all night vigils, hoping to find good husbands if not married, and praying for the health of husbands if married. Hariyali Teej is celebrated during the waxing moon of Shravan, Kajari Teej during the waning moon of Shravan and Hartalika Teej on the waxing moon of Bhadrapad. These three consecutive teejs are celebrated especially in Punjab, Haryana and the Hindi-speaking belt, during the monsoons.

Teej is essentially a women’s celebration. Women dress in bright red clothes and bangles. They anoint their hands and feet with red dye (alta) and mehendi. They sing and dance. It is said this ritual was performed by Parvati herself. By fasting, she transformed Shiva, the hermit into a householder and together they became the perfect, cosmic couple.

Similar festivals, linked to Parvati and Shiva, are found in other parts of India where a woman prays for her husband and household. These festivals include Mangala Gauri in Maharashtra and Thiruvathira, in Tamil Nadu and Kerala, and Gangaur in Rajasthan. There is Savitri Puja and Karwa Chauth also performed by women for husbands and households.

Some people accuse these festivals of being patriarchal and reinforcing gender stereotypes. They complain how Hindus expect wives to fast for men. But such interpretations ignore the fact that such gender rules exist in all religions. In the Sikh religion, despite all talk of equality, the kirtans in the Gurudwara are always sung by men, not women. In Catholic circles, women cannot be priests.

Hindu festivals like Teej pay attention to womanhood, her role as home-maker and her need for marital bliss. Such rituals are conspicuous by their absence in monotheistic religions, where priority is on God. God of Abraham is transcendental — outside creation, with little interest in female energy.

Western humanism does pay attention to women, but mostly as victims, deprived of rights by men, or as those who need to be equal to men. They focus more on women as individuals and less on their gender. In recent times, some gender theorists seek to annihilate gender framework which they argue is merely an oppressive social construct, like religion and caste.

Those who celebrate ‘men who menstruate’ and ‘women who don’t have a womb’, those who fight for gender fluidity and queer identities, often go to the extreme of shaming women who enjoy their femininity, arguing they indulge male gaze, hence patriarchy.

It has not been easy for women. Monastic orders like Buddhism and Jainism saw women as embodiments of temptations, obstacles to spiritual growth. The same belief exists in Nath-Jogi traditions and in many Hindu Bhakti movements. That is why in Brahmin temple rituals, we find men performing all rites: bathing and adorning and feeding the Gods, performing all roles women perform at home. Women are thus ritually marginalised, standing behind, serving as assistants. But not during Teej — when the woman is in centrestage. The festival is not about a distant God or about men; it is about her, her desires and her household.