Home » Columns » The Relevance of IKEA and its Mysuru Connection 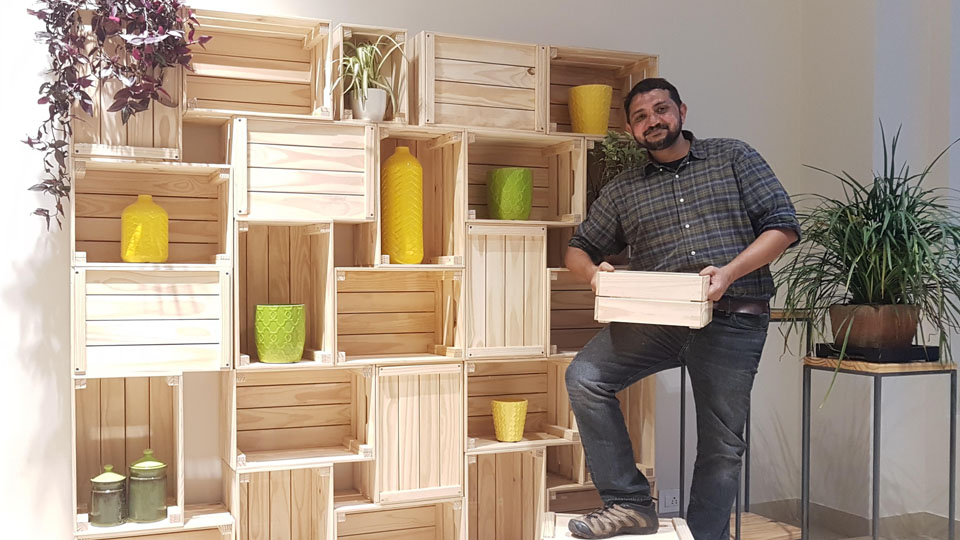 The Relevance of IKEA and its Mysuru Connection

It seems, on Thursday all roads led to a Swedish Furniture Store in Hyderabad — IKEA. The company’s name is an acronym — Ingvar Kamprad the name of its Founder, Elmtaryd name of his Farm and Agunnaryd the name of his Hometown in Sweden.

So the world famous furniture store IKEA opened its first store at HITEC City in Hyderabad and it lured so many people that traffic in the area came to a halt.  Was it just curiosity that drove people there or a real desire to buy? Because Indians love heavy teak furniture that lasts forever and IKEA doesn’t really sell that kind of furniture.

IKEA produces light wood furniture and for the most part it’s a ‘Do It Yourself’ (DIY) project. Which means, when you go to an IKEA store and buy furniture, you will not get a fully assembled product. Instead, you take home all the required components and a detailed manual so you can assemble the furniture yourself.

When I mentioned IKEA’s DIY style of business to a friend he said, “What is this DIY? It’s like going to a restaurant, ordering a dish, and the waiter brings all the ingredients; you have to cook it yourself?” IKEA well understands this reluctance among Indians and has partnered with a company called Urban Clap which will send over a carpenter to assemble the furniture for a fee of Rs. 900.

Apart from contemporary furniture and lifestyle products, companies like IKEA bring something to a nation’s industrial landscape — they make our local companies globally competitive.

A month ago, I visited MAS Furniture, a Mysuru-based furniture manufacturing company headed by Shabbir Vagh. When I met Shabbir he was busy planting trees at the factory premises. When I enquired about it he replied saying, “We’re now manufacturing for IKEA and they have a requirement which states that every factory must have a certain amount of green cover.”

It seems to be qualified as an IKEA supplier one has to follow IKEA’s IWAY policy.  IWAY is short for the IKEA-Way of doing things. One such IWAY is that vendors that partner with IKEA must have a healthy male to female ratio in the factory.

Shabbir says that ratio is 1:1 and now he has hired a whole lot of women to make for a 1:1 workforce.  IKEA also wanted pay parity that is based on merit and experience rather than gender.

Strict standards have been laid out for workers’ safety, which means all workers on the shop floor have to wear gloves, bright vests and goggles. Apart from this, the vendor has to maintain clean accounting standards.

As for the raw materials, Shabbir shows me a beautiful vegetable crate made from pine wood which he supplies to IKEA and tells me the varnish on the wood has undergone innumerable tests to the point that the wood is safe enough even for a child to chew on.

He also informs me that every piece of wood used by IKEA is certified by the Forest Stewardship Council, an international body governing the sustainable and responsible use of forest resources.

So how has all of this helped Shabbir’s family furniture business? Thanks to following the IKEA way of manufacturing, the company has attracted new global partnerships. MAS Furniture now supplies furniture to the Trump Tower being built in Pune and is making furniture for the world famous French product designer Philippe Starck.

It was reported that IKEA was first to open in either Mumbai or Bengaluru but suddenly chose Hyderabad. The reason being that the Principal Secretary of Telangana, after reading about IKEA’s plans for India, contacted them and deputed a few proactive bureaucrats to help them get all the approvals and allotted land in HITEC City. The speed at which things moved ensured that IKEA opened its first India Store and the country’s largest retail space in Hyderabad while providing employment to 950 people in the store alone!

In contrast, a mobile phone brand based in Bengaluru approached the Karnataka government for industrial land to setup a mobile research and development lab in 2015.  They even met the previous Chief Minister but nothing came of it. Later, Telangana heard about this project, called the owners, held talks and soon offered them 1.6 acres in Gachibowli to set up their Lab. Today the construction is on track and is expected to be completed by 2019 and will employ over 300 people.

The manufacturing philosophies of companies like IKEA are very relevant for a growing economy like ours. Karnataka needs such companies and for that our leaders have to be proactive. The last time we had such a Chief Minister was S.M. Krishna, who ushered in the IT boom. Now we have a coalition government and there is an atmosphere of industrial gloom.