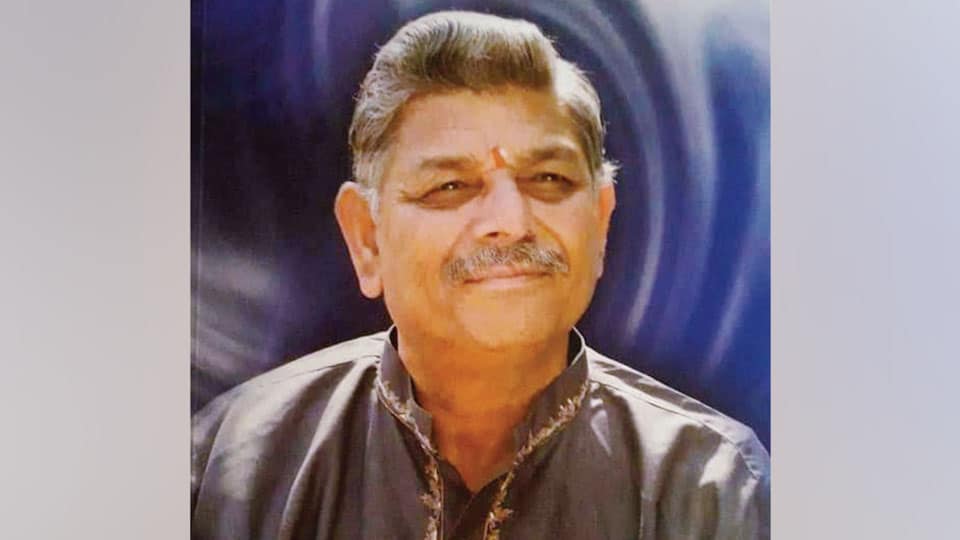 Mysuru: Senior theatre artiste Sreekanta Gundappa passed away at a private hospital in Bengaluru yesterday following a cardiac arrest. He was 70. His body was brought to his residence in Bogadi yesterday and was kept for public viewing. Members of various theatre groups offered tributes to the departed soul.

Sreekanta Gundappa leaves behind his wife, a son, a daughter and host of relatives and friends. Last rites were performed this morning at the foot of Chamundi Hill.

Sreekanta Gundappa, who retired from bank service, had been part of Mysuru theatre activities for more than five decades. Gundappa was also known for his collection of theatre memorabilia which he displayed at exhibitions held at Rangayana and other places.

A strong supporter of Mysuru theatre, Sreekanta Gundappa has written many articles on history of theatre in Mysuru, about various amateur groups, books on theatre and has also directed 25 plays.

He is also known for distributing the United Nation’s message on World Theatre Day by translating it to Kannada. His love for theatre was such that he launched www.ranganidhi.org which has the history of Mysuru theatre from pre-Independent era till date.

He has also acted in TV soaps and films including ‘Akasmika’, ‘Nada Surabhi’ and others. Gundappa has won many awards including Suvarna Karnataka Award from Karnataka Nataka Kala Academy in recognition of his service to theatre.