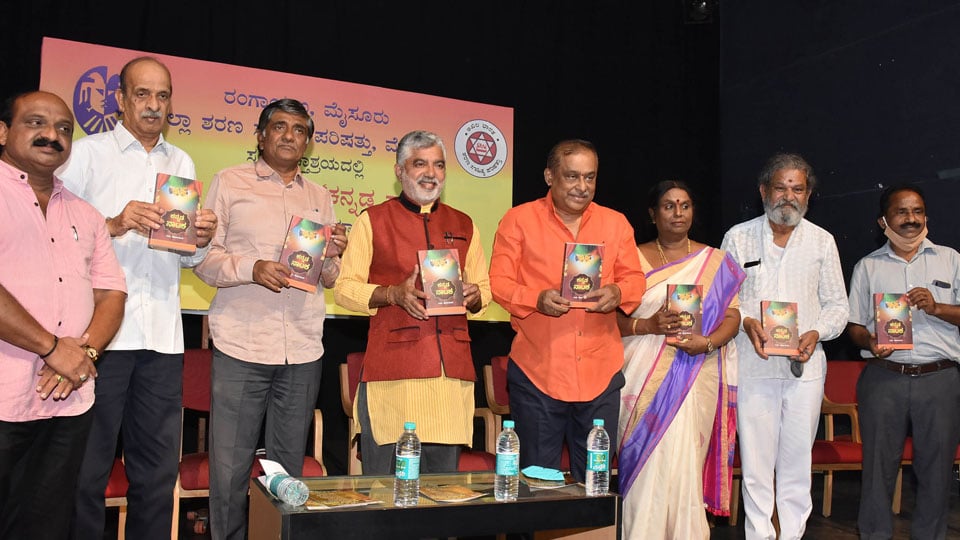 Theatre has the ability to promote Kannada language: Hamsalekha

Speaking after releasing the book, Music Director Hamsalekha said, “None of our Governments or political leaders are fully committed to Kannada language. None of them has declared with full commitment that Kannada is our mother tongue.”

Expressing his concern over lack of interest among the Kannada-speaking community, Hamsalekha said, “Parents are now a days more interested in teaching English to their children than their mother language. On the other hand, there is pressure to teach Hindi language. Controversy about Hindi is nothing new and has been present since Nehru era. But creative fields like theatre have the ability to promote Kannada language.”

“Rangayana has successfully adopted Rashtrakavi Kuvempu’s novel ‘Malegalalli Madumagalu’ on the stage. Now, littérateur S.L. Bhyrappa’s novel ‘Parva’ is being adapted into a play. I am very eager to watch it on  stage,” he said.