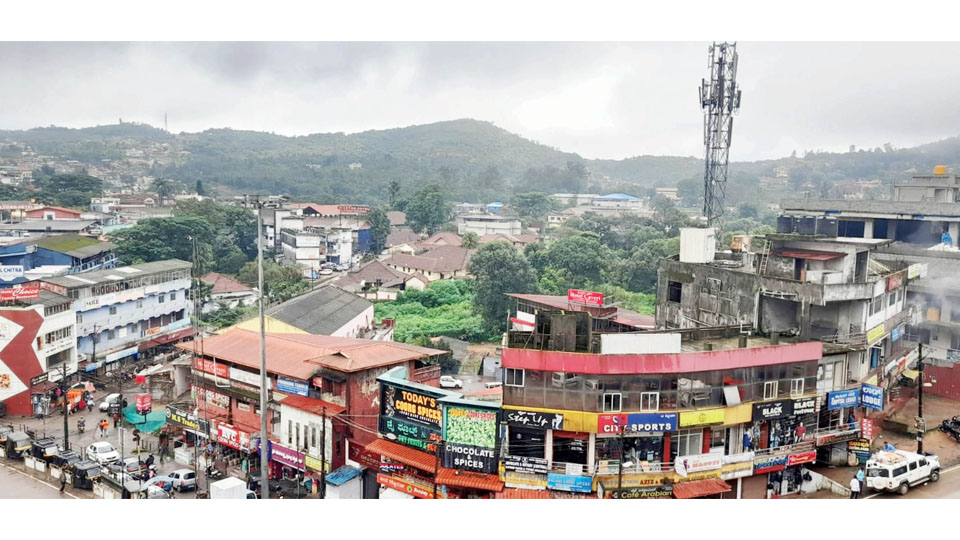 Third quake hits parts of Kodagu in a week’s time

Madikeri: An earthquake measuring 3.0 on the Richter Scale shook parts of Madikeri Taluk and the areas bordering Dakshina Kannada at 7.45 am today. This is the third such quake being reported in a week’s time.

Residents of Thora near Virajpet and Kedamullur too reported a loud sound inside the earth at 7.30 am today.

After some time, mild tremors too shook the areas and the vessels in houses vibrated for a few seconds.

The first quake was reported on June 23 when an earthquake measuring 3.4 on the Richter Scale hit Hassan district and tremors were felt in Madikeri and Kushalnagar Taluks.

The second quake was reported on June 26 and it measured 2.3 on the Richter Scale. Many areas of Madikeri Taluk and Kodagu-Dakshina Kannada border areas experienced tremors.

The frequency of the quakes before the monsoon season and the rising magnitude have worried the residents of Madikeri Taluk as many areas that experienced quakes this year had a similar experience in 2018 when cloudbursts resulted in major floods and landslides.

It may be mentioned here that landslides occurred in 2018 as cracks in the earth’s surface had developed at some places due to tremors felt in the same year in Kodagu. Tremors were felt on July 9 in 2018 with a magnitude of 3.3 on the Richter Scale at Sampaje Hobli limits

According to the Karnataka State Natural Disaster Monitoring Centre (KSNDMC) note released this morning, the latest quake had a magnitude of 3.0 and the epicentre is 5.2 km northwest of M. Chembu village, Peraje Gram Panchayat of Madikeri Taluk.

“This type of earthquake does not create any harm to the local community, although there might be slight shaking observed locally. The epicentre falls in Seismic Zone III and the region is void of any structural discontinuities as per the Tectonic map. The community need not panic as the intensity observed is moderate,” the KSNDMC note said.