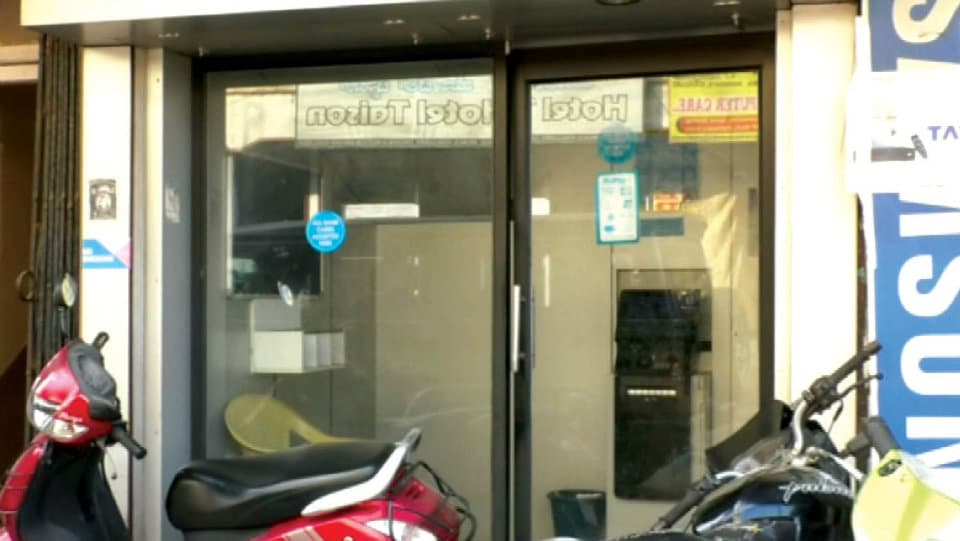 Some people in Madikeri actually got Rs. 500 notes when they just pressed Rs. 100 on the ATM keypad, thanks to a goof up by the staff of a cash management company while refilling an ATM. The goof up was while loading the currency notes into the cash chest of the ATM.

An ATM has different sections (trays) for currency notes of Rs. 100, Rs.200, Rs. 500 and Rs. 2,000 and the cash loaders — usually from private cash management companies — have to be careful while loading the notes as one mistake will cost the bank dearly like this incident that happened at Madikeri in the ATM of Canara Bank on Kohinoor Road.

In this case, as a few customers who actually got excess cash were reluctant to return the money to the Bank, the Bank officials lodged a Police complaint and the customers, fearing Police action, have meekly returned the cash to the Bank.

Lapse on part of company

On learning that the ATM was dispensing more cash, a few people, who took advantage of it, withdrew Rs. 64,000 and Rs. 50,000. The CCTV camera installed inside the ATM kiosk captured a man withdrawing cash more than ten times in a single day. He thought he will get away with the crime but his act was filmed in the CCTV cameras whenever he entered the ATM kiosk and exiting with cash.

The Bank did not have an inkling of the ATM dispensing excess cash while many people had a field day withdrawing money, rather a couple of times.

About three days ago, one Sridhar, who came to the ATM kiosk to withdraw money, entered his required amount but the machine dispensed more cash. Sensing something fishy and alerted by propriety, Sridhar immediately called the Canara Bank and informed the staff about excess cash being dispensed by the ATM.

Soon, the Bank staff and the private agency personnel immediately switched off the ATM machine. But the damage was done as the ATM had already dispensed Rs. 1.5 lakh additional cash by then. Later, the Bank staff checked the accounts of the customers who had withdrawn cash from this ATM and requested them to return the cash.

While many returned the cash, a few refused to co-operate and argued that it was the Bank’s fault and not theirs. Some even denied that they got excess cash but CCTV footages and the transaction details nailed their lie.

A few months ago, the old ATM machine on Kohinoor Road was replaced with a machine with technology. The new ATM machine has modern technology-based trays that can be loaded with Rs. 100, Rs. 200, Rs. 500 and Rs. 2,000 currency notes. As the size of Rs. 100 currency and Rs. 500 currency is the same, the goof up took place but no customer can take away additional money in any bank ATM, clarified Canara Bank Assistant Manager Arun Kumar.