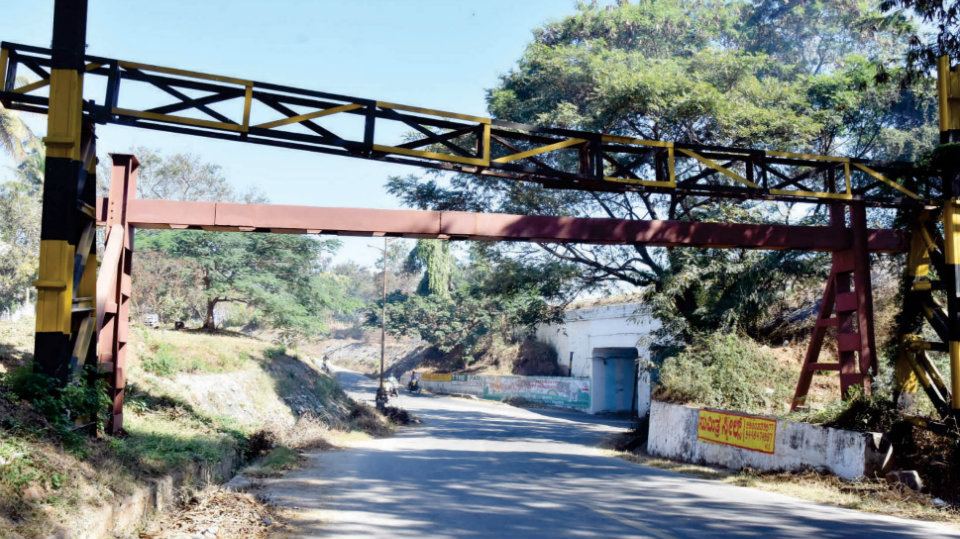 Mysuru: Overloaded vehicles will no longer pass through Road Under Bridges (RUB) in Mysuru, Chamarajanagar and Hassan sections. South Western Railway authorities have begun the process of constructing sturdy iron Height Gauges (Barriers) on both sides of the bridges to restrict the movement of heavy vehicles.

The move is aimed at protecting the Road Under Bridge from damage. There are over 31 Road Under Bridges in the Mysuru, Chamarajanagar and Hassan section and of them, seven are in Mysuru city including at Yadavagiri, Jayanagar and on the Ring Road.

While the Height Gauges have already been constructed in Yadavagiri, works are on to construct other height gauges. Once the gauges are in place, loaded heavy vehicles would not be able to pass through.

When a heavy vehicle carrying goods passes through the under bridge, there are chances of it either colliding with the structure or the heavy goods damaging the roof of the under bridge. Railway officials said that one such accident in Chitradurga had caused a train to derail. Iron Height Gauges are being constructed all over India in phases for track safety, officials said.

The gauges will have concrete foundations and iron structure. It takes 4-5 days to be raised.  “Our priority is to protect the under bridges, which is getting damaged. It is a national property and its safety is our primary concern,” officials said.

The idea behind Height Gauges is to protect tracks from being hit by the vehicles which carry goods in excess and struck after hitting the bridge structure. These gauges will be painted to prevent them from rusting.

However, this is not the first time railway authorities are installing Height Gauges to restrict movement of heavy vehicles. In the previous years, some of the gauges had collapsed.