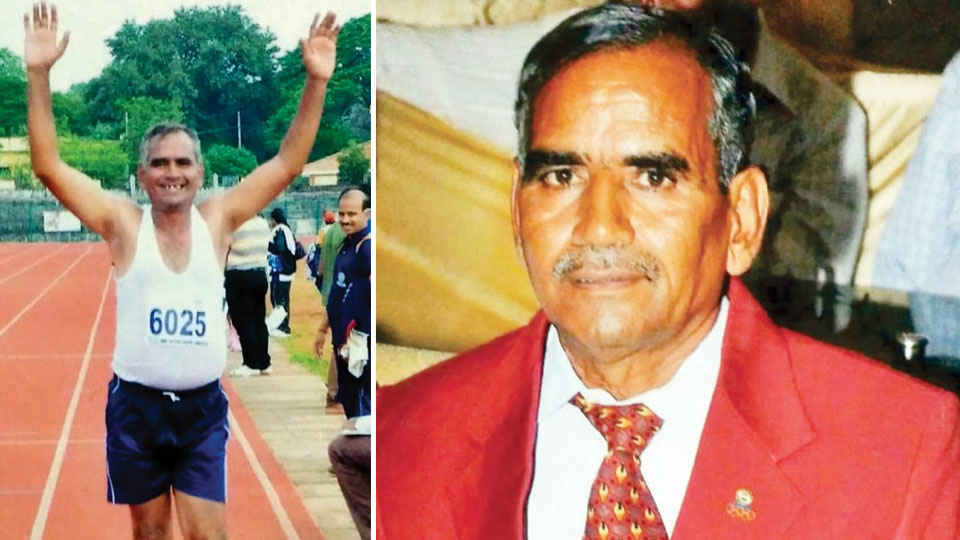 This veteran athlete-cum-auto driver is an inspiration to youngsters

An autorickshaw driver, who is a veteran athlete, has become a role model for others by his achievements at the national and international level.

The veteran athlete Vishweshwara Aradhya Diddapura, 67, a resident of 11th Cross, Ramanuja Road, who is an autorickshaw driver, in his spare time practises hard in several disciplines like speed walking, road race and discus throw, thus putting to shame several youngsters with his achievements.

Diddapura, who was interested in sports from a young age, became a member of the Mysuru District Masters Athletics Association in 2013 and won two silver and two bronze medals in the State-level competitions held in several districts.

Inspired by these wins, he started training under Subba Shetty (Police Subbanna) and was guided by District Masters Athletics Association Secretary P.G. Sathyanarayan. He has participated in the Annual National Masters Sports Meet since 2015 to 2018 and showed a very good performance.

In the Singapore Masters Open Track and Field Championship – 2015, he represented the country in the 65-plus category and bagged the Silver Medal in 400 Metres Running, was placed fourth in discus throw and stood fifth in 5-km Walking Race.

In 2018, he participated in the 5th Sri Lanka Masters Athletics Championship and bagged Silver Medal in 5-km Walking Race.

Diddapura has participated in several Road Races in Mysuru and has won several gold, silver and bronze medals.

It is very important to have good health to participate in any sport or games. There should not be any limits in food intake. Every day I do two hours of physical exercise. Even though I am 67-years-old,  I still participate in all the sporting events like a young man. – Vishweshwara Aradhya Diddapura, International Veteran Athlete

Apart from these, he has also won the first place in the Chamundi Hill Climbing Contest in the 65 and Above category, organised by Jana Jagarana Trust in 2017.

He is the eldest son of late C.S. Nanjundaradhya and late Mallajamma of Agrahara. He has worked as a labourer, a lorry driver and an autorickshaw driver for nearly 40 years and he has achieved success only because of his interest in athletics. Diddapura continues to practise for the upcoming veteran athletic events.