Home » News » Though defeated I will not retire from politics: Vasu 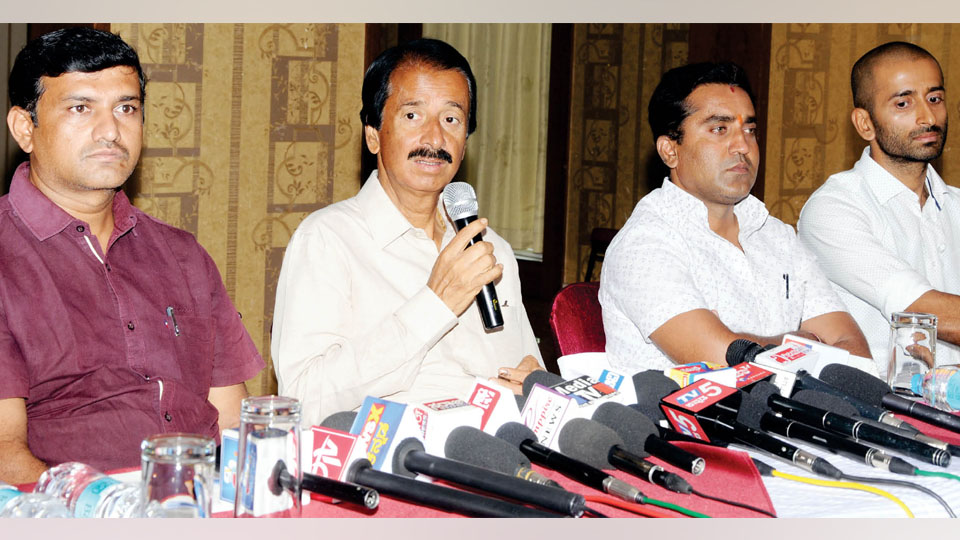 Though defeated I will not retire from politics: Vasu

Mysuru:  “I am defeated in the Assembly poll possibly for some reasons but that will not deter my involvement in politics and there is no scope for any retirement,” asserted former MLA Vasu.

Addressing a press meet at a private hotel in city yesterday, Vasu opined that success and defeat should be accepted with equal spirit in politics.

He assured that he would focus on public service. He regretted that despite many pro-people schemes implemented by Congress, the party did not get absolute majority in the poll.

Introspecting his defeat, Vasu pointed out that many leaders who had done better work than him had been defeated indicating that the voters’ mind cannot be read or analysed on any count. He dispelled rumours about his ill-health and asserted that hectic campaigning would have been not possible if the rumours were true.

Vasu, summing up, said that he always respected the final verdict and opined that the Congress should educate the younger generation about the contribution of the party in development of the country.

Corporators Prashant Gowda, Shivamadu, Suhail Baig and others were present during the press meet.