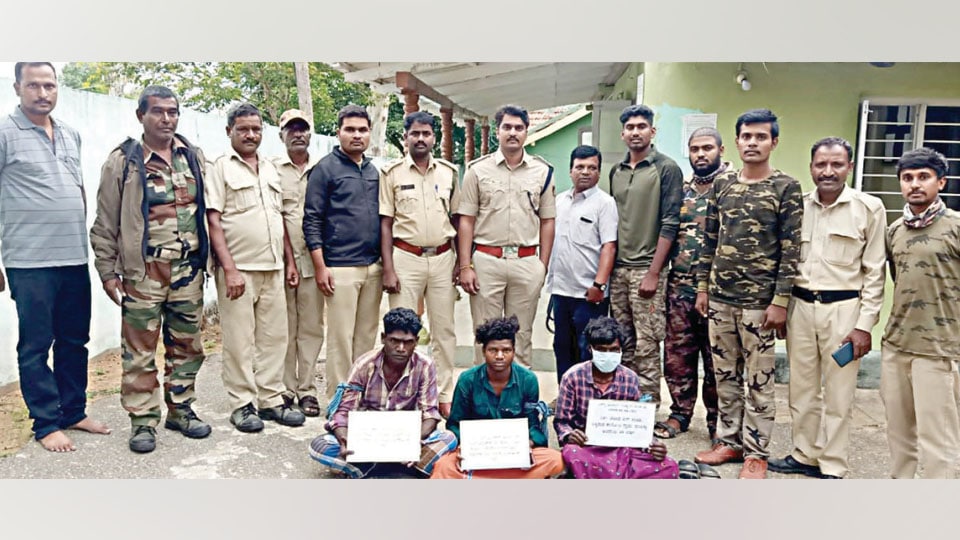 Three arrested for setting fire to forest in Bandipur

The arrested are 48-year-old Cheluva of Lakshmipura Colony, 38-year-old Ganesh of Kerala and a minor boy. Steps have been taken to arrest six more persons involved in the crime, said Bandipur Project Tiger Director Natesha in a press release.

The accused were also involved in forest crimes in Karnataka, Kerala and Tamil Nadu, it is learnt. Accused Cheluva, was involved in timber smuggling earlier and in a bid to take revenge on the Forest Department, he had brought four persons from Kerala and five persons from Lakshmipura and had set fire simultaneously in four spots at Moolehole Forest Range on Mar. 31 before fleeing from the spot. During interrogation, the Forest officials came to know that prime accused Cheluva was involved in timber smuggling at Maddur Forest Range.