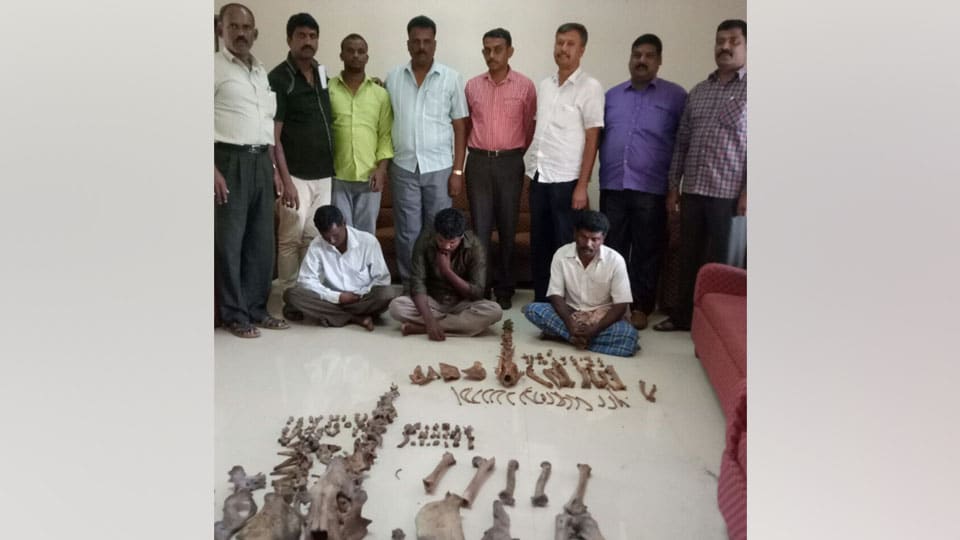 Three held for trying to sell leopard and tiger bones

Mysuru: The Forest Mobile Squad Police have arrested three persons on charges of trying to sell the bones on tiger and leopard and have seized the bones of the wild cats from them.

The arrested persons have been identified as Shivanna of Gendathur in H.D. Kote taluk, Kolluraiah of Paala village and Raju of Kodligowdanahalli tribal hamlet.

Following a tip off, the Police arrested them when they were trying to sell the bones of tiger and leopard near Kodligowdanahalli Circle.