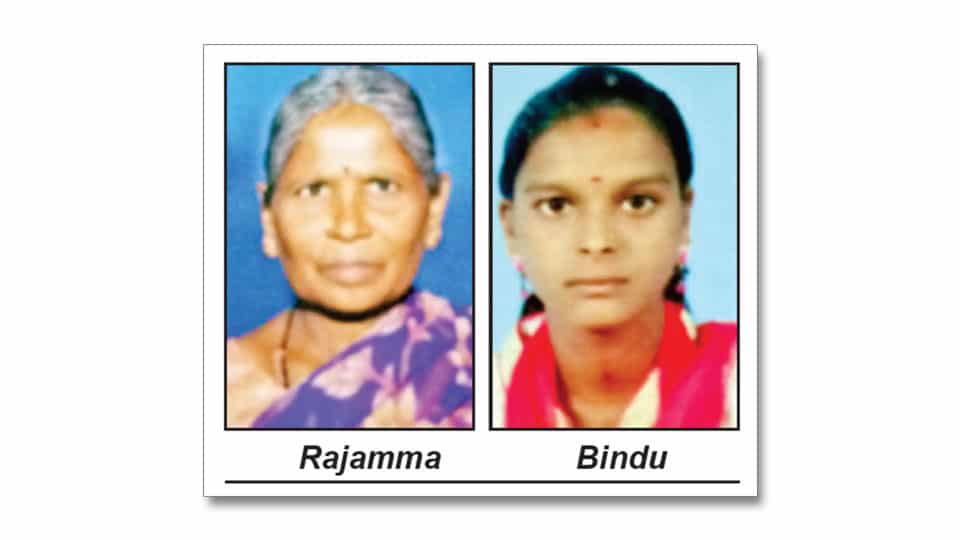 Yelandur: In a tragic incident, a mother, son and daughter-in-law, died on the spot when a KSRTC bus rammed into the bike on which they were travelling near Yariyuru Cross on National Highway-209 last night.

The deceased have been identified as Rajamma (55), her son Satish (25) and daughter-in-law Bindu (21), residents of Yariyuru village in the taluk.

Satish, after taking his mother and wife to a private hospital in Yalandur town, was returning to the village when the driver of the speeding KSRTC bus (KA-10 F-0136) lost control of the vehicle and rammed the bus into the bike from behind killing the trio on the spot.

On receiving information, Circle Inspector Rajesh, SI H.D. Manju and staff rushed to the spot, conducted mahazar, shifted the bodies to the General Hospital and have taken the bus driver and conductor into custody besides registering a case.