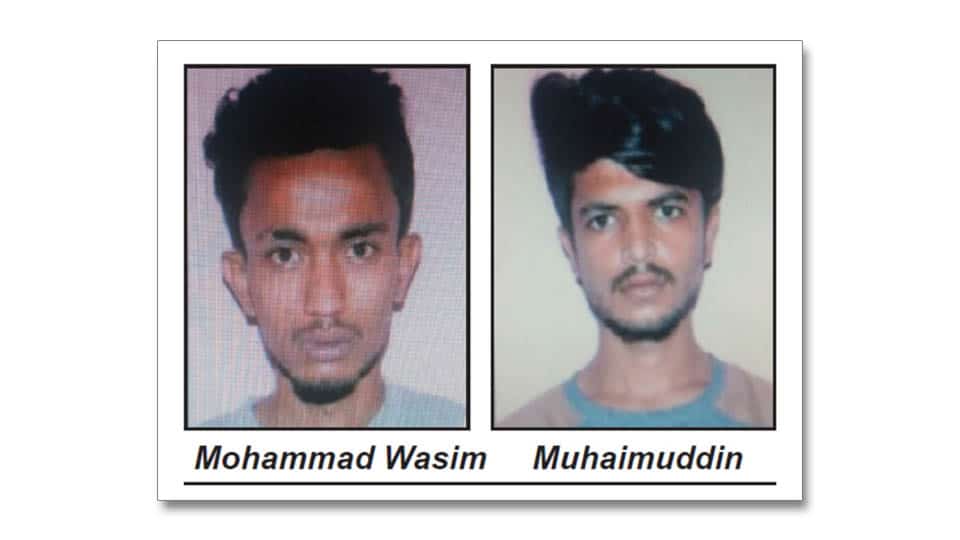 Three including juvenile arrested for theft

The arrested have been identified as Mohammad Wasim, 19, a resident of third stage, Kalyanagirinagar in city and Muhaimuddin alias Muhaim, 20, of Hebbadi village in Srirangapatna taluk, while the third, a juvenile has been sent to a Remand Home.

One Mohammad Sardar, a resident of 9th Cross, Kalyanagirinagar, in a complaint lodged with Udayagiri Police, had said that gold jewellery, an expensive watch and a mobile handset were stolen from his house by burglars who broke into his house on the night of Dec.4. Udayagiri Police, who began investigation, picked up the three on suspicion.

During interrogation, they confessed to have burgled Mohammad Sardar’s house, following which the stolen articles totally worth Rs.2 lakh have been recovered from them.

The trio also confessed to have lifted a TVS Star motorcycle (KA-55 E-6581) parked along a road in Kalyanagiri the same night (Dec.4) and stolen two gold bangles weighing 24 gms from a house in RMS Layout, Shaktinagar in January this year, following which the stolen motorcycle and gold jewellery were recovered from them.

The nabbing and recovery operation was carried out by Inspector P.P. Santosh and staff under the guidance of Devaraja ACP B.S. Rajashekar and DCP Dr. Vikram V. Amathe.