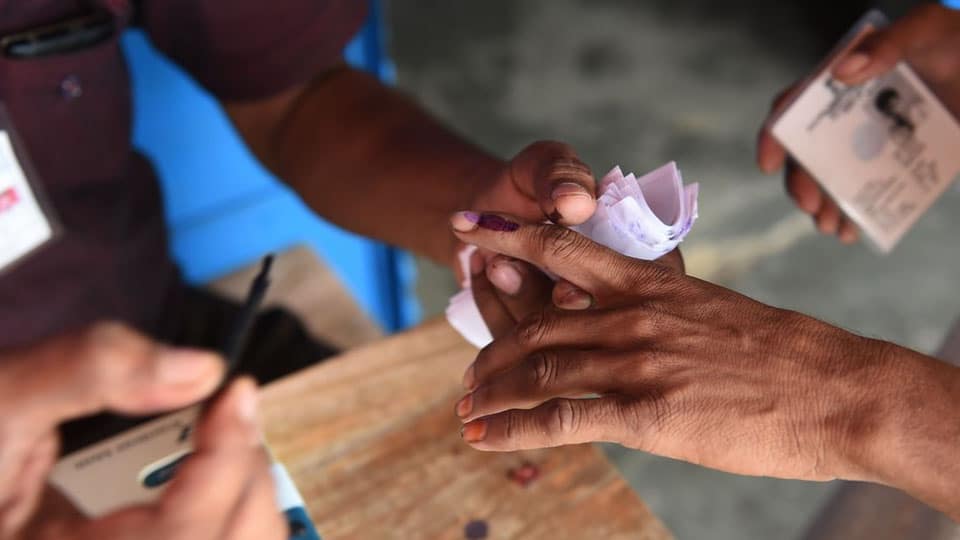 The reactions to the Gujarat election results were as boastful as the campaign rhetoric was hypocritical, proving yet again that politicians never learn anything. The BJP’s leaders were full of exaggerated claims. Congress voices were similar though the exaggerations were more modest. The khachra parties that should not have been in the field at all were too shocked to react immediately. That they were shocked was the only sign of normalcy in an otherwise absurd, unnatural, but very Indian, scenario.

There was not one Mayawati candidate in the winners’ list though she was arrogant enough to field her minions in all 182 constituencies. One of them gave his deposit money of Rs. 5,000 in coins to show that he got it through public donations. He lost. Not one Sharad Pawar candidate won out of 72 fielded. In fact the results fell into a pattern that was astonishingly clearcut — BJP versus Congress, that was it. There were only four other candidates who won, two of them belonging to the Bharatiya Tribal Party in alliance with the Congress, and two independents one of whom was Jignesh Mewani, also an ally of the Congress.

It was not only a two-party contest, it was a close contest. This is significant because the venue was Gujarat, the stamping ground of the two BJP stalwarts considered invincible. And it was a contest which the BJP knew it could not afford to lose. So they put everything into the fight, unprecedented personal campaign by the Prime Minister and, as local reports said, unprecedented allotment of resources.

With all that, the BJP could only scrape through with a margin of less than 3,000 in 16 constituencies. In Dholka, for example, it won by 327 votes. The BSP got 3,139 votes in this constituency and the NCP 1,198. If a fraction of this splitting was avoided, the opposition would have netted the seat. The emotionally important seat of Godhra was won by a Congress rebel who stood in BJP colours — and still got only a majority of 236 votes.

In other words, if the conceit of marginal party leaders had not divided the votes, the story of Gujarat would have been different. To put it differently, a significant number of Gujarati voters is no longer enamoured of the BJP that has ruled them for nearly two decades. The Congress getting so close and yet so far must be attributed primarily to its lack of strong local leadership. The Congress campaign was a one-man charge, the one man being an import from Delhi. The party’s four senior-most leaders lost even as their party was on the upswing. Something is grossly amiss here.

On the other hand, the Congress gained momentum from the rise of a new generation of leaders. It would be a mistake to see the Three Musketeers of Gujarat — Hardik Patel, Alpesh Thakor and Jignesh Mewani — as mere caste leaders. It is true that their rise is the result of caste-based discrimination. Jignesh Mewani, for example, became a leader following the public whipping of Dalits by cow vigilantes in Una. But all three have shown a modernistic approach to the problems of the people they represent emphasising the  need for jobs, economic openings and better academic opportunities. This trio may well turn out to be representative of the new Gujarat waiting in the wings. Now that the Congress has had the experience of direct dealings with them, there must be an effort to bring up a clutch of credible Gujarati leaders to take over the reigns of the party in that crucial State.

This may look too much for the Congress Party to achieve, given the absence of credible local leaders in most States. In the two major States where it is on top of the heap, Karnataka and Kerala, groupism is killing it. Rahul Gandhi becoming President is the party’s last chance to bring a new generation of young leaders to the top in each State.

He can draw inspiration from words that thunder in Gujarat. Amit Shah thundered that the BJP would get 150 seats before 11 am. He couldn’t touch 100 even by nightfall. Earlier, Gujarat’s best-known under-aged voice thundered: “I, Hardik Patel, swear by the martyrdom of the 14 Patidars and vow to cast my vote on 9 and 14 December before 11 am to oust the BJP who are torturing six crore people of the State.” The ousting didn’t happen, but the thunder is still echoing in surprising Gujarat.

10 COMMENTS ON THIS POST To “Thunderous lessons from Gujarat”